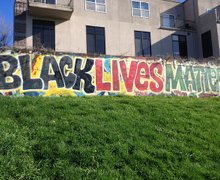 SEIU has thrown their support behind the Black Lives Matter movement. The union passed a resolution demanding an end to the “War on Black People.”

1199SEIU President George Gresham will oversee the union for another three years.

Late last month, Congress passed and the president signed the most far-reaching criminal justice reform in a generation.

Beyond the blue wave

Despite the pundits’ election night pronouncements, last month’s election truly resulted in a blue wave that should fundamentally transform developments in our nation’s capital.

GOTV is central to the resistance

We’ve entered the home stretch of one of our nation’s most consequential political contests. Nov. 6 is a referendum on the regressive policies of the 45th president and his congressional accomplices.

How we can flip the script

In less than two months, voters across the country can begin to lead our nation out of the nightmare of the Trump administration. We would not be exaggerating to call the Nov. 6 election one of the most critical in ... 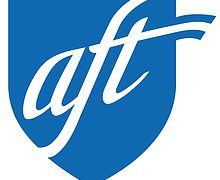 American Federation of Teachers President Randi Weingarten is not happy with a new student borrower proposal by the U.S. Department of Education.

Stepping up the resistance

Last month, we learned that corporate tax receipts are near a 75-year low as a share of the overall economy and that the federal budget deficit is increasing far faster than the White House and its congressional allies had predicted. 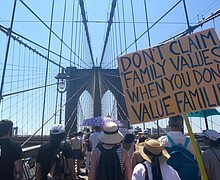 Labor leaders and activists turn out for immigrants

Whether it was Lower Manhattan or in Los Angeles, labor leaders and activists took to the streets to protest the White House’s immigration policies.

The last session of the Supreme Court produced a host of decisions that turned back the clock on social, political and economic justice.

April 4 marked one of the darkest days in U.S. history: the 50th anniversary of the assassination of the Rev. Dr. Martin Luther King Jr. Throughout his activist years, Dr. King endured many death threats, but in the last years ...

Toward a more perfect union

Each February we celebrate our achievements and take stock of the progress we’ve made on our long march to freedom. 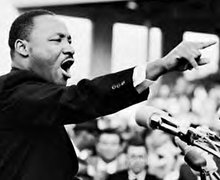 This month we celebrate the anniversary of Dr. Martin Luther King Jr.’s birth.

Early Dec. 2, under the cover of darkness, the Republican-led Senate passed—strictly along party lines—a tax overhaul bill that could represent the greatest transfer of wealth in our history from working people and the poor to the nation’s biggest corporations ...