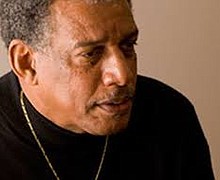 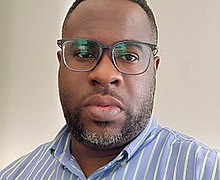 Islands marketing and communications specialist Ian Turnbull has been appointed the territory-wide director of the U.S. Virgin Islands Department of Tourism’s new Division of Festivals.

After irrefutable evidence of its links to the trans-Atlantic slave trade were recently exposed, a Scottish university has stepped forward to offer Sterling 20 million as first-step reparatory justice payments for its role in the worst crime against humanity. 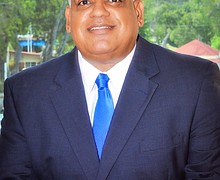 MIAMI—The U.S. Virgin Islands Department of Tourism has announced the addition of a third American Airlines daily flight between Miami and St. Thomas in time for the winter season.

France and Germany, along with The Nature Conservancy, have pledged over US$45 million in contributions to the Caribbean Biodiversity Fund to increase resources for biodiversity conservation.

Afros must do better in Trinidad, says PM

People of African descent across the English-speaking Caribbean will largely observe Aug. 1 as the day their foreparents were emancipated from slavery.

Native Americans, please tell Donald Trump and his merry band of racists to go back where they came from Dear Native American brothers and sisters—and especially Congressmembers Sharice Davids and Deb

Twenty-four murders in a seven-day period in the past week in Trinidad have so shaken up the sensibilities of people on the island that various umbrella groups have said the country is close to a breaking point as it relates ...

Caribbean hotelier says get online or get left behind

Leading Caribbean hotelier, Sanovnik Destang, executive director of Bay Gardens Resorts in St. Lucia, is encouraging fellow tourism industry professionals to fully embrace the use of technology if they want to drive business to their hotels, restaurants and attractions.

One of the main bugbears to progress in the 15-nation Caribbean Community has been linked to the slow pace of implementation of rules regarding free movement and resettlement of various categories of workers but leaders say they are moving to ...

Those ICE raids and what affected immigrants can do

Despite being called off by Donald Trump for now, fear remains in the immigrant community as agents from the administration’s U.S. Immigration and Customs Border Enforcement agency could begin raids in 10 cities on the homes of immigrants with court-ordered ...

As the fight to make a racist U.S. government compensate African-American descendants of slavery heats up, the head of the Caribbean Community’s Reparations Commission has been invited to testify before Congress, to share the progress the region has made so ...

The purposeful delay of immigration benefits?

In January 2019, Jamila moved to the U.S. from Jamaica to join her U.S. citizen spouse in Florida

Caricom has expanded its list of European slave trading nations to demand payment from them.