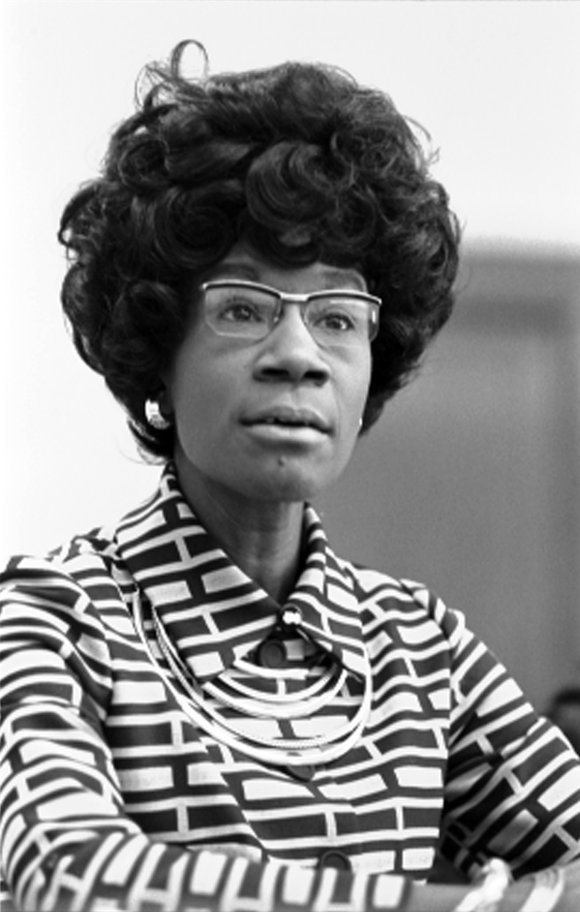 In honor of Women’s Heritage Month, a closer look is taken at the legacy of trailblazing politician Shirley Chisolm, who inspired a generation of Black, as well as women, elected officials. As Kamala Harris made history in January while becoming the United States’ first female, as well as Black, vice president, she made sure to remember a woman who set a precedent.

“Shirley Chisholm created a path for me and for so many others. Today, I’m thinking about her inspirational words: ‘I am, and always will be a catalyst for change.’” Vice President Kamala Harris tweeted Jan. 16, just prior to the historic Inauguration Day, Jan. 20, in Washington D.C.

During Inauguration Day festivities Vice President Harris donned a bright purple outfit, leading many observers to suggest she did so in honor to Shirley Chisholm, who regularly wore purple outfits during her own presidential campaign trail.

Born Shirley Anita St. Hill in Brooklyn, Nov. 30, 1924, she attended local public school before graduating from Brooklyn College in 1946, and earning her master’s degree in elementary education from Columbia University in 1952. In 1964, she was elected to the New York State Assembly, and four years later she became the first African American congresswoman. In 1969, she was a co-founder of the Congressional Black Caucus.

In 1972, behind the uncompromising “Unbought and Unbossed” campaign slogan, Chisholm became the first major-party African American, and woman, candidate to make a serious bid for the U.S. presidency.

“I ran because most people think the country is not ready for a Black candidate, not ready for a woman candidate,” Chisholm explained in her 1973 autobiography “The Good Fight.” “The next time a woman runs, or a Black, a Jew or anyone from a group that the country ‘isn’t ready’ to elect to its highest office, I believe he or she will be taken seriously from the start. The door is not open yet, but it is ajar.”

“For the first time in history, there are more than 20 Black women serving in the United States Congress—and we all stand on the shoulders of Shirley Chisholm,” said then-Sen. Harris. “Shirley’s legacy inspires us to continue our fight to give a voice to the voiceless and pursue justice and equality for every American. Her legacy deserves to stand tall in the United States Capitol.”

Congresswoman Clarke added: “Shirley Chisholm used the authority of her experience to create nutrition assistance programs, expand health care services for parents and children, increase the minimum wage, support the veterans of our Armed Forces, and provide opportunities for women in college, graduate school, and collegiate and professional sports,” stated Clarke. “For this and countless other reasons, Congress should honor Chisholm’s life and living legacy and her contribution to advancing civil and human rights by among other defining figures in our nation’s history.”