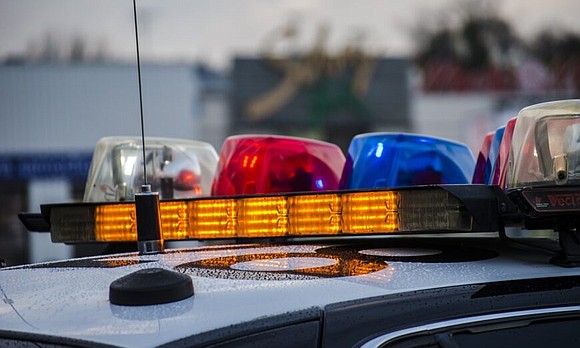 BRAXTON, Miss. (AP) — Relatives of a Black Mississippi man who died in police custody are blaming his death on alleged excessive force by deputies.

Damien Cameron died Monday after police tried to place him under arrest and removed him from a home in Rankin County, news outlets reported.

“He was laying right there in that mud puddle,” Cameron's grandmother Betty Cameron told WLBT-TV as she pointed to the dirt driveway in front of her home in the village of Braxton.

Deputies responded to the home after getting a call about a burglary and vandalism, according to a news release from the Rankin County Sheriff’s Office. When they arrived, Damien Cameron was identified as the suspect. As a deputy approached him, Cameron began to resist arrest, according to the release.

Betty Cameron, 73, and her husband, James, said a deputy chased their grandson into the house and struggled with him in a bedroom. The deputies eventually got him in custody and into a patrol vehicle, they said.

Damien Cameron's mother, Monica Lee, told WAPT-TV that she heard her son yelling, “I can't breathe! I can't breathe! I'm tired,” as officers brought him out of the house. She said officers denied her request to give him some water.

Lee said she went outside to tell her son that she loved him and would see him the next day at the jail. But when she got there, she said her son "was laid on the ground, unresponsive.”

Betty and James Cameron said their grandson complained of not being able to breathe when a deputy placed his knee on the back of his neck. They said he fell twice before being placed in the patrol car. Betty Cameron said he was also shocked twice with a stun gun.

Damien Cameron was brought to two hospitals, and died at the second, his mother said.

“I don’t understand why it led to that point. It shouldn’t have happened. Now, my son is gone and he’s never coming home again,” Lee said.

James Cameron said he also heard one of the deputies crying and saying, "Oh Lord, why this have to happen to me? Why me?”

The Mississippi Department of Public Safety is not commenting on the ongoing investigation. Capt. Johnny Poulos said all investigative findings will be turned over to the district attorney for review.

Lee said she is working with the NAACP to get more answers about her son’s death.