Patrick Mahomes begins his hunt for another Super Bowl title 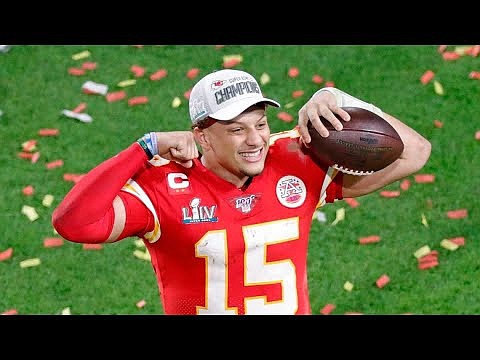 When Patrick Mahomes was named the MVP of Super Bowl LIV (54) last February after his Kansas Chiefs defeated the San Francisco 49ers, 31-20, at age 24, he became the youngest quarterback in NFL history to win the award. In doing so, he also earned the distinction of being the youngest QB to capture both a Super Bowl and league MVP, which Mahomes garnered in 2018.

Now 25, he is looking to add another Super Bowl title to his already lofty resume. The Chiefs, the American Football Conference’s No. 1 seed, will host the No. 6 seed Cleveland Browns this Sunday, Jan. 17, in one of the two AFC Divisional Round matchups this weekend. On Saturday, the No. 2 seed Buffalo Bills will be at home to face the No. 5 seed Baltimore Ravens in the other AFC pairing.

The Chiefs savored a bye last weekend, secured by having the conference’s best regular season record at 14-2. Last March, NFL owners voted to expand the postseason from 12 to 14 teams beginning this season, adding one wild card team per conference. The expansion increased the number of wild card teams from two to three, resulting in the AFC and NFC having seven teams competing in the postseason.

The change in format also limited the bye to each conference’s top seed. In the past, the No. 1 and No. 2 seeds earned a bye on the first weekend of the playoffs. The 13-3 Green Bay Packers received the NFC’s bye.

The Chiefs enter the playoffs with the league’s most lethal offense. They led the NFL in total yards, amassing 6,653 and averaging 415. 8 per game. Mahomes passed for 4,740 yards, second to the Houston Texans’ Deshaun Watson, who threw for 4,823. However, Chiefs head coach Andy Reid sat Mahomes in the Chiefs’ final regular season game for rest and to avert injury to his star.

In addition to Mahomes, tight end Travis Kelce finished second in receiving yards (1,416) and wide receiver Tyreek Hill was eighth (1,276). Kelce and Hill were named First Team All Pro while Mahomes was voted to the Second Team.

The Chiefs also have one of the league’s most sought after head coaching candidates in offensive coordinator Eric Bieniemy, who is likely to move on to one of the seven current head coaching openings. Bieniemy has already interviewed with the Atlanta Falcons and Detroit Lions for their vacancies.

“If you see how our offense has produced over these last few years, he’s been one the most vital pieces of that,” Mahomes said of Bieniemy in an interview with Kansas City based 610 Sports Radio’s The Drive last week.

“Obviously I want him to be here, but I understand that he deserves a chance to go out there and coach his own team and run his own organization…He’s going to build the culture the right way…so I don’t understand why he wouldn’t get one in this kind of cycle.”

As of today, there are only two Black head coaches manning NFL sidelines. Mike Tomlin of the Pittsburgh Steelers and the Miami Dolphins’ Brian Flores, a Brooklyn native who is of Honduran descent.