NBA players and executives speak out against the two Americas 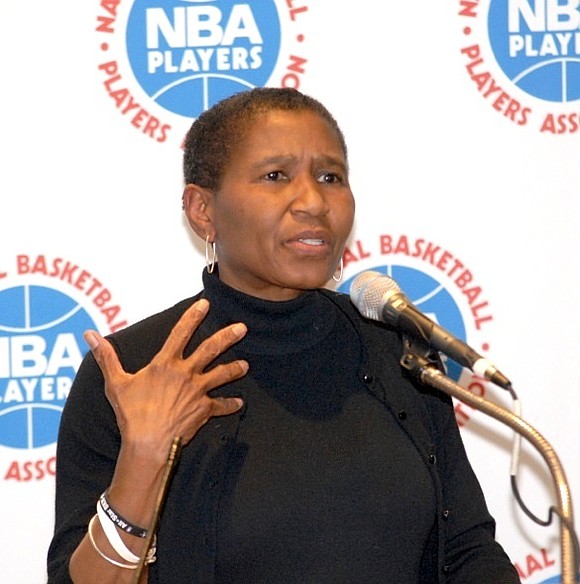 Across the professional sports landscape, athletes and executives expressed shock, anger and a sense of resoluteness over the events that took place last Wednesday, Jan. 6, at the U.S. Capitol building in Washington, D.C. Thousands of supporters of Republican President Donald Trump stormed the Capitol after holding a rally blocks from the edifice that literally and figuratively represents the ideals of democracy.

They were spurred on by Trump himself, who encouraged a group that included white supremacists, white nationalists, neo-Nazis, state legislatures and members of law enforcement, to disrupt the certification of Democratic President-elect Joe Biden by the U.S. Congress and Vice President Mike Pence. Five people died during the invasion, including Capitol Police Officer Brian Sicknick, a 42-year-old native of South River, N.J.

Los Angeles Lakers star LeBron James expressed resignation over the “two different Americas,” as the contrast between those who demonstrate against racial and social justice and the insurrectionists that oppose an open, democratic, decided election is stark.

NBA Players’ Association Executive Director Michelle Roberts illuminated the dichotomy last Wednesday, one day after it was announced that no charges would be filed against the police officers who shot and paralyzed Jacob Blake, a 29-year-old Black man, in Kenosha, Wis., last summer.

“Today started yesterday, when the Jacob Blake shooting was being justified, although I’m not sure there was a single human surprised at that finding,” said Roberts to ESPN. “Every single player that contacted me—or that I contacted—saw the same connection to the Blake shooting being justified. We were watching these people essentially committing treason at the Capitol and I have yet to hear about a single shot being fired.

“We saw a Black police officer being chased and players said to me, ‘So this is what they can do?’ And people don’t get this privilege stuff? I know how they’re feeling,” she expounded. “I am so angry and pained—and refusing to cry. It reminded me of something that James Baldwin said, when asked what it was like to be a Negro in the United States of America. He said that if you’re conscious of what’s going on in the country, and you’re a Negro, you’re in a constant state of rage.

“On a day like this, it’s the first thing that comes to mind. And all I can say is that I’m grateful knowing that hopefully nobody who looks like me is going to Capitol Hill to respond to this, because if they do, you’ll see a different response by law enforcement. You know it—and I know it.”

Athletes have passionately spoken out against racial and class inequity and injustice that plague America. They protest by taking a knee, marching, aligning themselves with civic organizations and use their wide platforms without fear of a loss of income outside of basketball or other repercussions.

We should be proud of this generation of athletes. Especially those who are not so much concerned about their personal brand as they are the betterment of society for the many.