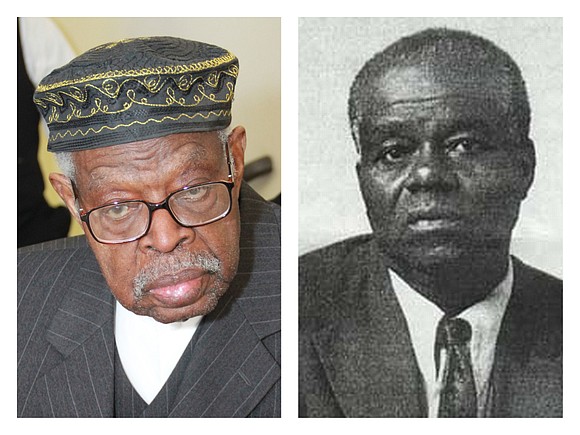 Although they’re both currently in the ancestral realm, the immeasurable contributions of African scholar warriors Dr. John Henrik Clarke [D.O.B.1/1/15] and Dr. Yosef A.A. Ben-Jochannan aka Dr. Ben [D.O.B. 12/31/18], continues to positively affect generations of Africans throughout the diaspora. They devoted countless hours uncovering The Motherland’s glorious heritage and then sharing that invigorating info with the general public.

“Both scholars, along with several others, took back Africa from the hegemony of European academics which relegated us to invisible people,” stated Brother Reggie Mabry, independent researcher, noting how their efforts played a role in reversing the damage recognized as post-traumatic slave syndrome. “Dr. Clarke taught us that Africa has no friends, which is still true today.”

Both griots were popular soapbox speakers at Harlem’s African Square (125th St. & 7th Ave.) and other popular activist’s venues, prior to establishing Black Studies Departments at various institutes of higher learning. There, they infused the minds of thousands of students with the empowering history and heritage of the Motherland, for several decades.

“They opened the doorways for the millennials and the elders who had been teaching since the 1950s/’60s/’70s,” explains Prof. James Small. “They were able to cross that bridge between the era of Malcolm X, Martin Luther King, the Father Allah and Carlos Cooks; and be able to go through history to pass that wisdom on to the millennials.”

In between, they made sure to share the invigorating info with the common folks. They established study groups at Harlem’s YMCA (180 W. 135th St.), A.S.C.A.C. (the Association for the Study of Classical African Civilizations), and participated in lecture forums such as the First World Alliance and U.A.M. (the United Afrikan Movement). Whatever the means, they made sure this once concealed info was then available to the community.

Colleague Dr. Leonard Jeffries, who celebrates his 84th bornday Jan. 19, referred to them as “twin pillars of African greatness,” prior to saying, “They both took on this mission to deliver the empowerment of our people and put it in their culture, and not hide it away in some elite group or secret society, but to make it available to the general people for all walks of life.”