Becky Hammon speaks to NY youth about careers in sports 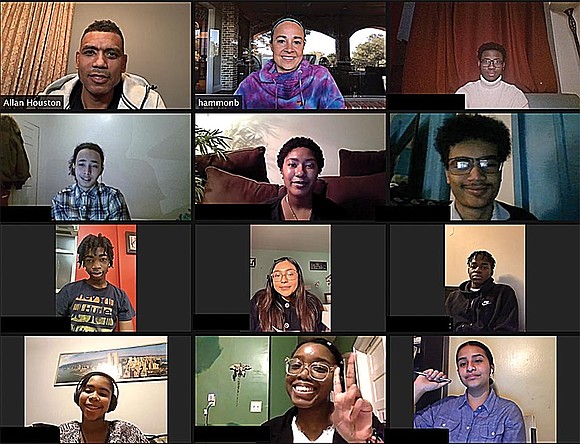 Not long before she became the first woman to serve as head coach of an NBA team, stepping in when San Antonio Spurs coach Gregg Popovich was ejected during a game against the Los Angeles Lakers, New York Liberty alumna (1999–2006) Becky Hammon participated in a Zoom session with New York high school students. The event, hosted by former New York Knicks player Allan Houston, was put together by MSG Networks and the Garden of Dreams Foundation around its “MSG Networks Classroom” to provide the teenagers advice and guidance on how to pursue careers in the sports industry.

Kristine Burton, vice president of Garden of Dreams Foundation, said they regularly ask participants in the foundation what their goals are. One of the girls said Hammon, an assistant coach with the Spurs since 2014, was her inspiration. In total, 10 young people joined Hammon and Houston for the Zoom session.

“We tend to keep the cohorts small, so that they can really engage,” said Burton. “Normally, when we have them in person, we would bring them into the MSG studio, they would get to see shows being produced and they visit the production truck during a game.

“We’ve pivoted ever since March because we feel the program is so important and young people need engagement now more than ever,” she added. “We focus on how [our speakers] got to where they are. The kids have really great questions.”

Burton said the objective was to inform the high school students about the many careers that exist in sports and in the broadcast arena. Hammon shared stories about her journey and told the kids that as her playing career was coming to an end, she asked herself what she wanted her life to be about.

The Spurs lost to the Lakers, but Hammon’s historic moment garnered a Twitter shout-out from Vice President-Elect Kamala Harris. Post-game, Lakers star LeBron James said it was beautiful to see Hammon barking out calls and sets.

“We have a mentorship program that we’re exposing the kids to different jobs,” said Burton. “We’ve exposed them to camera operators, audio engineers and stagehands…We spark an interest.”

Burton said Hammon shows young women that they can go into fields where there are few other women. “We’re so lucky that we have this platform to expose young people to this,” she said.