Powerful production “Past Is The Past” now streaming thru March 4 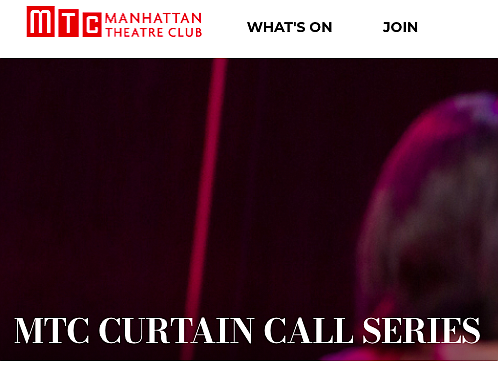 Richard Wesley has a gift for thoughtfully expressing issues that involve Black families and Black men. He tells stories from the point of view of each character to help the audience understand the emotions of each character. A perfect example of this is currently being presented virtually by the Manhattan Theatre Club and is the first work to be presented in its Curtain Call Series, where they present readings of past plays. The current play, “The Past Is The Past,” features Ron Cephas Jones as Earl Davis and Jovan Adepo as Eddie Green. Earl, an older man, and Eddie a college student in his 20s, meet in a pool hall and play a game of pool.

When Eddie begins the conversation with Earl, it at first seems to be just an older man talking with a younger man about their lives. Eddie asks Earl about his family and Earl admits that he has children with his wife, but also had three outside children. Eddie asks Earl about his outside children and how are they doing. Earl confesses that he played parts in his two daughters’ lives off and on, but never played a role in his son’s life. Eddie tells Earl that he grew up without a father and asks him why he was never in his son’s life. Earl explains that he just wasn’t ready for that.

The conversation between these two Black men goes very deep and, at times, gets very raw. It is a candid discussion that looks at a very important and chronic issue in the Black community, where men plant the seed for a child, but don’t stay around to be a father to that child. What does walking out the door and never coming back do to that man? What does this action do to the child who has no father to speak to, get advice from, play with and just feel a father’s love from? Do the sins of the father get continued in the son? If given the chance to get to know his child, who is now a man, why would a father not take advantage of the opportunity and instead actively decide to continue to stay out of his son’s life?

Though this is definitely a complicated issue, Wesley manages to end the dialogue on a note of possibilities. After the production there is also a brief interview with the playwright, actors and the brilliant director, Oz Scott, which also gives insight into the story.

This powerful, bold production is free and streaming at www.manhattantheatreclub.com through March 4. Go watch it and be moved. I know I was!