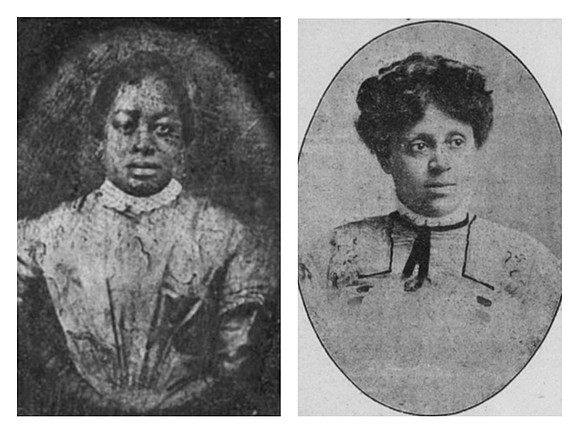 Biddy Mason, Mary Fields, and Mary Ellen Pleasant are three Black women who are often cited when there is a discussion of such notables in the western parts of the nation. But there are several more who fall below the radar and are rarely mentioned, including Susie Sumner Revels Cayton and Elizabeth Thorn Scott Flood, who we will feature this week.

Cayton, born Susie Sumner Revels, was born in 1870 in Mississippi. She was the daughter of the Rev. Hiram Revels, the first African American elected to the U.S. Senate. Her middle name Sumner was given in honor of the great white abolitionist Sen. Charles Sumner of Massachusetts. The Cayton part of her name came after her marriage to writer and journalist Horace Cayton and she later moved to join him in Seattle. She attended Rust College and graduated with honors, and then taught for three years before embarking on a career in nursing.

But her writing took command and soon she shared a mutual love for journalism with her husband, often contributing articles to her husband’s journal and the Seattle Republican, which he established in 1894. Later she became the paper’s associate editor. Appealing to a wide and diverse audience, the paper eventually became the second largest circulated newspaper in the city. The paper was very prosperous, so much so that the Caytons were able to afford a home in the highly affluent Capitol Hill section of the city. Along with her journalism, Susie was deeply involved in the city’s civic and cultural life and from these endeavors she founded the Dorcas Charity Club, which had among its several objectives ending the discriminatory practices against African Americans.

The Club had some success but not enough to curtail the city’s intensified racism, which brought considerable damage to the Cayton’s business, forcing them to close the paper in 1913 and to sell their home. But these setbacks did not curb her political aspirations and associations and even in to her late seventies her activism continued, culminating in her joining the Communist Party, a move facilitated by her son, Revels. Her prominence as a writer and activist earned her acclaim from a number of eminent freedom fighters and civic leaders, including Paul and Eslanda Robeson, and the poet Langston Hughes, who dedicated his poem “Dear Mr. President” to her.

Her son, another example of the fruit not falling too far from the tree, Horace Cayton Jr., followed in her footsteps as a successful writer and social activist. He co-authored with St. Clair Drake “Black Metropolis—A Study of Negro Life in a Northern City,” a landmark publication. Her other son, Revels Cayton, was an outspoken trade unionist and executive secretary of the National Negro Congress. He is cited extensively in Martin Duberman’s voluminous biography of Paul Robeson and at one time was a leading officer in the Maritime Union of the Pacific.

Susie had two daughters who were equally accomplished and left her a proud mother before her death in 1943.

Elizabeth Flood, née Thorn, was born in New York a year after the state ended slavery in 1827. Educated in Massachusetts, she married Joseph Scott in 1852 and they relocated to California later that year. After the death of her husband, she and her son moved to Sacramento where there was a large African American community. When her son was denied entry to public school she opened a school for minority children in 1854. Not too long afterward, her school that began with a focus on educating Black children, was open to all children with a sizable number of Asian and Native American children among the students.

In 1855, a year after the school was founded, the Sacramento School Board took control without committing any tax revenue to its continuance. Even so, Elizabeth remained undaunted and later became the first African American to teach in the California public school system. After her retirement from teaching she married Isaac Flood and moved to Oakland. One of the first things that struck her upon arrival in the new location was the absence of schools for non-white students. Once more she established a tutoring program in her home. This pursuit was expanded at the Shiloh AME Church, Oakland’s first Black church. Subsequently, with funds raised through the church, a schoolhouse was purchased and Elizabeth taught there until her death in 1867 at age 39.

As part of her legacy and her formidable activism as an educator, school integration was established in Oakland and her daughter, Lydia, was one of the first students to attend the newly integrated school system.