The Liberty revamps its roster with big name players 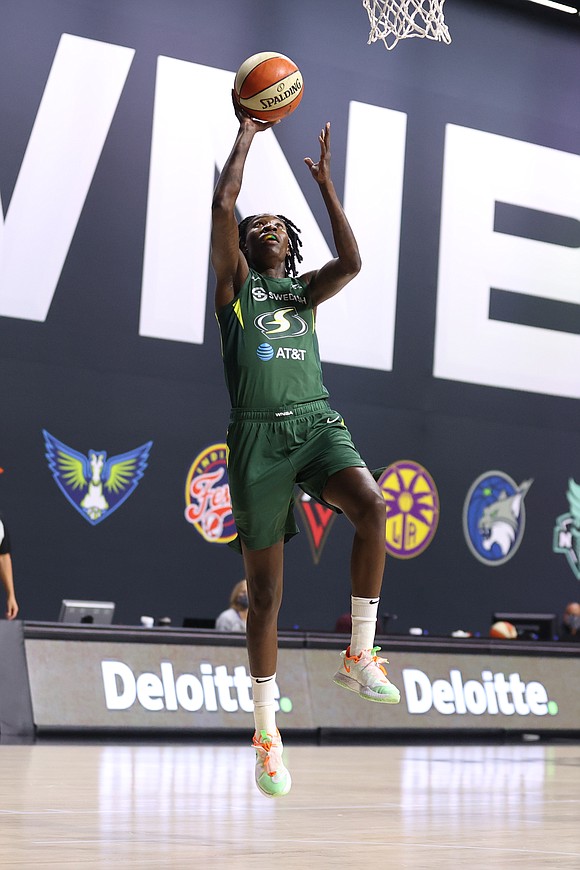 It will be a new look New York Liberty in 2021 without familiar faces from seasons past. Kia Nurse, who has been with the team since 2018, will play with the Phoenix Mercury in 2021 as will 2020 draft pick Megan Walker. Amanda Zahui B, a Liberty standout since 2016, is headed to the Los Angeles Sparks, which is smarting from the loss of Candace Parker, who has chosen to return to her roots by signing with the Chicago Sky.

The big names heading to New York are three-time WNBA Champion Natasha Howard and her Seattle Storm teammate Sami Whitcomb. Howard won one championship with the Minnesota Lynx during Liberty head coach Walt Hopkins’ time as an assistant coach with the Lynx, and two with the Seattle Storm. She was the 2019 WNBA Defensive Player of the Year.

“Watching the New York Liberty last season in the bubble, they had so much potential,” said Howard, who is also acquainted with the Liberty’s assistant coaches. “I could definitely make an impact. … I always want to play with Walt. He knows the ins and outs of the WNBA. Walt knows me as a player and as a person, so I’m happy to be part of the New York Liberty.”

Howard, who is playing in Italy during this off-season, was desirous of finding a WNBA team closer to her family. Also, as someone who has been a supporting player, she’s eager to bring a championship mindset and veteran leadership to a team much in need of that.

“I’m giving as a player and as a person,” Howard said. “I’m really excited to have the opportunity that I’ve been waiting for since I started in the league. I’m finally getting the opportunity to show what I’m capable of on and off the floor.”

Hopkins said he admires Howard’s versatility. Together with last year’s top draft pick Sabrina Ionescu, Rebecca Allen and the recently signed Betnijah Laney, she will enable the team to turn up the heat defensively. The depth of Howard’s experience will also have a huge impact.

Howard said everyone must buy into Hopkins’ system. She will provide her championship insight to bring a winning philosophy along.

“[Natasha] leads by example,” said Hopkins. “A lot of what she does, she just shows up and does it every day. … When she’s comfortable, she’s really like a light and a joy to be around. … What I’m excited about is I think that there’s another level. I really think she’s capable of more.”