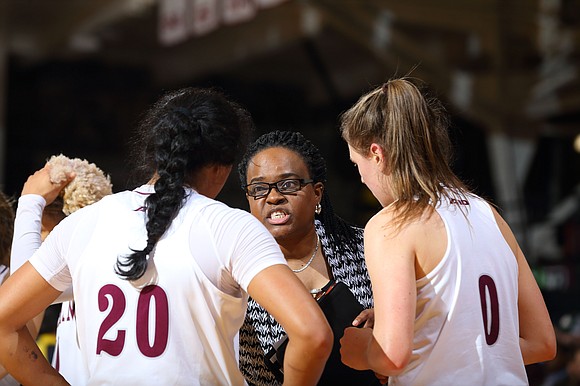 As regular season play moves toward the finish, there are still game cancellations and postponements, but the players and coaches remain committed to securing a spot in the Big Dance. The NCAA is allowing conferences flexibility as to whether they will hold conference tournaments or opt for different qualifying criteria.

It was recently announced that the NCAA Division I Women’s Basketball Tournament will take place in a bubble situation. There will still be the usual 64 teams, but San Antonio and the surrounding region will play host to the entire tournament. Six championship rounds will be played using five venues and six courts in San Antonio, Austin and San Marcos, Texas, with the Alamodome hosting two of those courts.

One New York City team staying focused despite facing multiple challenges is Fordham University. Shortly after the team assembled in September to begin practice, the team’s top player Bre Cavanaugh, Atlantic 10 Player of the Year, announced he was transgender, would now be known as Bryson Cavanaugh and would not be playing his senior season. Coach Stephanie Gaitley said Cavanaugh’s decision not to play took her and the team by surprise.

The Rams are currently 11–3 and continue to weather cancellations and postponements. “This is probably one of the best chemistry years I’ve had,” said Gaitley. “They really like each other, and I think that shows on the court. We have different people stepping up every day. Three kids have been named A10 Player of the Week [Kendell Heremaia, Kaitlyn Downey and Anna DeWolfe]. It’s a very unselfish and team-oriented group.”

Another motivation is playing in honor of assistant coach Sonia Burke, who is battling cancer. She’s currently undergoing treatment. Gaitley said life can be tough, but we fight through it. “We have to make the most of every situation,” she said.

The players, coaches and staff are tested for COVID-19 three times a week. Gaitley acknowledged that navigating the health protocols and fluctuating schedules has been mentally exhausting. She is proud of the players for being resilient, including arriving for a road game only to have it cancelled because someone on the opposing team tested positive.

“Everybody is dealing with it; it’s the ones who are able to get past who will be successful,” Gaitley said. “You’ve got to take it face on and think, ‘I can’t change it, but what can I do about it?’ That’s the approach we’re taking. … We say, ‘Let’s take this challenge and go.’”