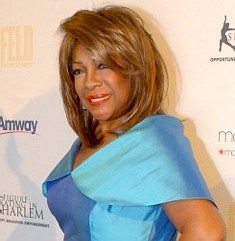 Singer/author Mary Wilson, one of the founding members of the legendary singing trio, The Supremes, died in her sleep in Las Vegas on Feb. 8, 2021, due to causes unknown. Her 1986 book titled “Dreamgirl: My Life as a Supreme” put her on The New York Times bestselling authors list. Wilson later released her autobiography, “Supreme Faith: Some Day We’ll Be Together Again.” With friends and fans still stunned by the news, Mary Wilson is remembered as a vibrant lady who continued her quest to live her best life. Mary Wilson was a star and a wonderful person.

“My time with Mary Wilson was unforgettable,” recalled Sonia Goring Wilson, an original member of The Chantels. “She was a beautiful, intelligent woman, who was so down to earth. To launch her U.S. Postal Stamp Collection,  Mary Wilson brought together the popular female groups of the Fifties, Sixties and beyond, including The Chantels, The Marvalettes, The Ronnettes, The Crystals, Martha & The Vandellas, The Angels, The Shirelles, The Cookies, Velvelettes and Patti LaBelle and The Bluebells. Mary Wilson was always very glamorous and gracious to everyone. My heart goes out her family, ” concluded Sonia. “The Legendary Girl Groups Postal Stamp Collection was unveiled at the Rock & Roll Hall of Fame in 2002,” explained Lois Harris Powell, an original member of The Chantels. “Mary Wilson advocated for girl groups, making sure that we received the recognition we deserved.” It was beautiful to have the individual faces of each female group member featured on a postal stamp.

According to reports, Motown founder, Berry Gordy, said he was “extremely shocked and saddened” by the news of her death. Wilson was, he recalled “quite a star in her own right and over the years continued to work hard to boost the legacy of The Supremes.”

Mary Wilson was born in Greenville, Mississippi to Sam and Johnnie Mae Wilson. She was the eldest of three children. While living with her parents, she moved to St. Louis and then to Detroit, settling in The  Brewster-Douglas  Housing Projects. Here’s where she met Florence Ballard at a Detroit Elementary School in 1959. These two friends began singing together in local talent shows and Ballard invited Wilson to audition with her for Milton Jenkins, who was forming a  female vocal group to perform with The Primes, his male vocal trio. Jenkins created The Primettes with Florence Ballard and Mary Wilson who were joined by Diana Ross and Betty McGlown. Mary Wilson graduated from high school in1962,  and decided on a music career, despite her mother’s advice to enroll immediately into college.

Berry Gordy’s Motown, the newest record company at the time, signed The Primettes and changed their name to The Supremes. Musically, Detroit reigned, drowning the country’s airwaves with hits by The Temptations, The Supremes and other hot groups.

As an original member of The Chantels, I’ve always regretted the group’s decision to turn down Smokey Robinson’s invitation to sign with Motown Records in the late 1950s/early ’60s, while we were all on tour with Gladys Knight & The Pips and Smokey Robinson & The Miracles. We were tied up in recording contracts, and couldn’t change our record company.

Soon after, The Supremes were introduced. They were beautiful, highly talented, sexy, fashionable and moving  up with swinging hips and a long list of chart-topping hits like “Where Did Our Love Go,” “Baby Love,”  “Stop, In The Name of Love,” and “Back In My Arms Again.” The Supremes were the top female group of the 1960s. At that time, they were called Diana Ross & The Supremes.

In the early ’70s, Mary Wilson married Pedro Ferrer, and their union created three wonderful children, before their divorce in ’81.

Mary Wilson received an associate degree from New York University in 2001. She also received an Honorary Doctorate of Humane Letters from Paine College in Augusta, Georgia. Wilson’s other awards included a Lifetime Achievement Award from the National Newspaper Publishers Association. She was inducted into the National Rhythm & Blues Hall of Fame, Class of 2013, along with The Supremes.

During the years 2016 and 2019, Mary Wilson served as a board member and master of ceremonies for the National Rhythm & Blues. Since working with the Supremes, Wilson has been performing her fabulous solo act with concerts throughout the U.S. and Europe. She received rave reviews for her recent engagement at the Rainbow Room here in New York City. Mary Wilson was extremely entertaining, and she had a splendid time during her Season 28 appearance on “Dancing With the Stars.”

Mary Wilson is survived by her children, 10 grandchildren and 1 great-granddaughter, cousins, family and friends.