MONWASHA: Akoma Day is an international alternative to Valentine’s Day 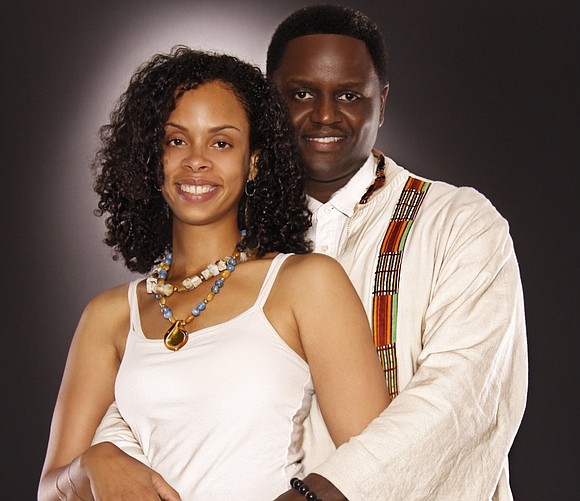 What if there was an alternative way to celebrate love without worrying about the expectation of others? Look to Montsho and Nwasha Edu, a happily married couple, therapists and co-founders of Akoma House Initiatives for the answer.

Montsho and Nwasha, who are fondly known as Monwasha, are responsible for creating Akoma Day, a replacement for Valentine’s Day, which came into fruition in 2001. This cultural holiday is more than a one-day feat filled with chocolate, heart-shaped balloons and teddy bears.

“Akoma Day is an international alternative to Valentine’s Day. It is a cultural holiday designed to celebrate Black love culture in its multiplicity,” Montsho says when asked what is the meaning behind Akoma Day. “The focus of Akoma day is the intimate relationship and how that relationship creates family, neighborhood, community and nationhood.”

This cultural holiday is a seven-day holiday, much like Kwanzaa, where there are seven virtues and principles to follow and they are the building stones of what this holiday is all about. The seven virtues that Montsho and Nwasha came up with to celebrate Black love culture are flexibility, patience, consistency, endurance, fondness and goodwill, faithfulness and forgiveness. The principles are unified purpose, unified work, unified transformation, unified fruit, unified mind, unified body, and unified soul.

“One of the concepts of soul mating is that you are together before you are conceived. So, before conception, you are together and unified and then you separate to be born as a baby,” Nwasha says. “So the idea of coming back together is unification.”

Each day of Akoma day, Montsho says, “You will focus on one virtue and principle. This allows you to pace and organize yourself and invite a deeper kind of love in any of the relationships that are important to you.”

Montsho and Nwasha do not subscribe to the meaning and concept of Valentine’s Day because of the history that comes with it.

“We believe that you shouldn’t celebrate Valentine’s Day because the iconography and the history of it are not good,” Nwasha says. “Although Valentine’s Day is a woman’s holiday and, even now, a children’s holiday, the origins of it is misogynistic and violent.”

The full history of Valentine’s Day is unknown as there are many beliefs about it, but the one thing that stands to be true is that there is a dark history that surrounds Valentine’s Day. However, it is known that the holiday originated in Rome. According to an NPR article, Feb. 13 to the 15 was dedicated to the Romans who celebrated Lupercalia. Women would let men hit them because they believed this act would make them fertile. It has even been said that the ancient Roman Emperor Claudius II beat and beheaded a man named Valentine for going against his wishes and married young couples. However, the identity of Valentine is unknown because there are at least two people named Saint Valentine.

The week that Montsho referred to represented the week of fertility. What Montsho and Nwasha wanted to do with this cultural holiday is to return the celebration back to a week. Montsho mentions that trying to do this is a bit difficult for Black Americans because in the West, we as a people are guided by the media.

“It has been interesting for all these years to strive to talk to Black people about love for seven days in a row because it is an arduous task,” Montsho says. “We are already in such a hurt position and the issues of relationships are so dysfunctional with us in the West.”

Black American’s merely have two holidays that are celebrated for more than one day: Kwanzaa and Black History Month. However, Black Americans should be celebrated all year-round. These holidays are sandwiched between non-Black celebrations that many people acknowledge more.

“On the 15th, people are still feeling the vibrations of love, but by the 16th, everybody is ready to go to Saint Patrick’s Day,” Montsho jokes.

“In Indigenous culture, we are celebrating the year for your birthday. Things are much more grandiose and they’re much more meaningful,” Montsho says. “It’s guided by meaningful purpose, and that is something we wanted to bring back with Akoma Day.”

As the interview progressed Montsho stated that there are so many things to understand and learn during the holiday around love, family, togetherness, and community whether you are single or a couple. This is a holiday for everyone to celebrate and feel like they are a part of something.

“You should take this time to renew your relationships and unify, so this is just a reminder, as all holidays should be, to really reconnect with a higher purpose, a higher level of principle, and just renew your loving relationships,” Nwasha says.

When it comes to the terms and symbols that society uses to describe love, Montsho and Nwasha encourage Black Americans to not use them in their everyday vocabulary or connect the symbols with their own love and intimate relationships. The word “romance” is one of the words that Montsho and Nwasha stopped using.

“There are thousands of words from African culture that represent that show of affection,” Montsho says. Montsho and Nawasha’s last name is Edu, and that word means love in West African languages.

Putting his first and last name together, Montsho Edu translates to “Black love.”

“For us, there are limitations by only speaking English. This goes for all people around the world who have dealt with colonization,” Nwasha says. “There’s a challenge because we have a limit to what we can express with a colonized language.

Montsho and Nwasha conveyed that as we continue to use words like “romance” we are still upholding that word and how it originated as the superior level of love as if it was the best example.

Nwasha spoke intellectually about African culture in the Nile Valley area where there are monuments for love, first songs, poems and marriages. The concept of soulmates that they incorporate in Akoma Day is an African story.

“The story of soul mating is a Black, original story. No matter where people are in the world, Black people have had a story of reunification with a soulmate before Rome,” Nwasha says. “So, the limitation for us is that we end up exalting a culture that was oppressive to us.”

In ancient culture, women were seen as goddesses and were linked to words like fertility, motherhood and love. This is something that is seen within ancient cultures like Greek and Egyptian.

Interviewing Montsho and Nwasha was an educational experience where they talked about the meaning of love and soulmates. This is what drove Akoma Day into existence and the foundation of Black love and culture. Women want to be seen outside of motherhood and being a wife. Being a voice for Black women, Nwasha sparked a different audience for Akoma Day as there were more men who were already celebrating it.

“When we only identify with Valentine’s Day or even with Lupercalia, we don’t understand that we [as women] have stories beyond that telling, and it is so important for us to reconnect with it,” Nwasha says.

Montsho and Nwasha are spiritually anchored in N.Y.C. they were active members of the legendary Smai Tawi Know Thyself/Heal Thyself Temple under the leadership of Queen Afua and Baba Hru Ankh Ra Semajh Se Ptah from 2001 to 2008 in Brooklyn.

As a result the Edus connected and bonded with many native New Yorkers and offered presentations on AKOMA DAY and the Art & Science of Black Love Culture throughout the 5 boroughs from 2000 up until as recently as 2019 where they last were featured at Brooklyn College.

The master degree-holding duo are expecting couples and singles from various countries all over the world to participate in their 20th Annual Celebration, as they state, “The focus of the holiday is not us, but the 1 billion, 8 million Black people on earth.”

To learn more about AKOMA DAY

For Culturally based counseling coaching and consulting book a FREE CONSULTATION at bit.ly/SoulMateStrategySession

Anyone interested in the Internationally based Black Love School can learn more bit.ly/BlackLoveSchool