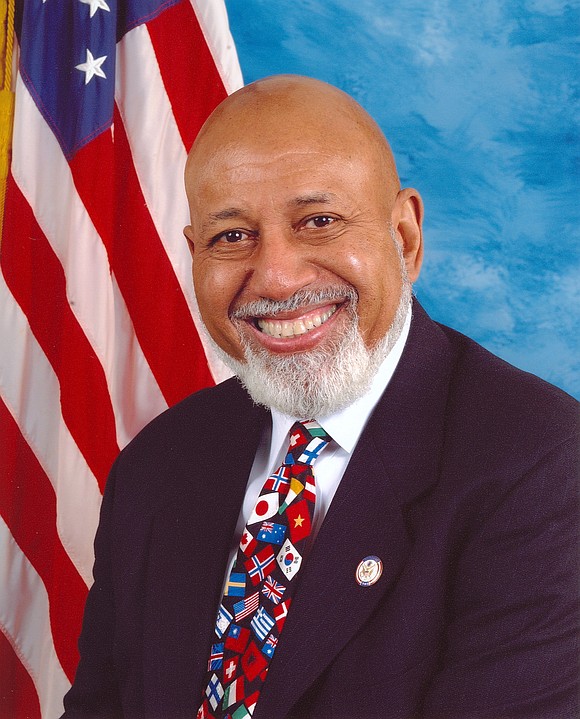 “He lived a life of triumph over adversity, and his brilliance and compassion was felt among his constituents, colleagues, the nation and the world,” his family said in a statement. Dedicated to equal justice and firm believer in progress, Hastings overcame a number of setbacks in order to fulfill a dream of total equality and freedom for all humanity.

Hastings served in the House since 1993, having made a comeback from an impeachment in 1988 and a removal by the Senate as a federal judge, the first of his race in Florida in 1979.  He was found guilty of perjury and conspiring to solicit a bribe.

President Biden said that Hastings was “a trailblazing lawyer who grew up in the Jim Crow South and was outspoken because he was passionate about helping our nation live up to its promise for all Americans. Across his long career of public service, Alcee always stood up to fight for equality, and always showed up for the working people he represented. And even in his final battle with cancer, he simply never gave up.”

House Speaker Nancy Pelosi echoed the president’s sentiments, noting that “All who knew Alcee knew him as a champion for the most vulnerable in our nation. As an attorney, civil rights activist and judge, and over his nearly thirty years in Congress, he fought tirelessly to create opportunities to lift up working families, communities of color, children and immigrants.” She said he leaves behind “a powerful legacy of activism and action on behalf of Floridians and all Americans. His leadership and friendship will be missed by his many friends in Congress.”

Born Alcee Lamar Hastings on Sept. 5, 1936 in Altamonte Springs, Florida, he was educated at Howard and Fisk University. He earned a bachelor’s degree in zoology and botany in 1958 from Fisk and later attended Howard University School of Law. In 1963, he received his juris doctor from Florida A&M University College of Law and became a member of the Kappa Alpha Psi fraternity. Admitted to the bar in 1963, he began practicing law that same year.

In 1979, two years after he became a judge of the circuit court of Broward County, President Carter nominated him to the U.S. District Court for the Southern District of Florida. For ten years, until his impeachment and conviction, he served on the court.

But by 1992, he was back on the hustings, winning the congressional seat in Florida’s 23rd district subsequently the 20th district, which he would represent until his death. During his long tenure in the House, Hastings held a number of positions, including president of the Parliamentary Assembly of the Organization for Security and Co-operation in Europe in 2004. He was also an influential member of the Congressional Black Caucus.

Never one to bite his tongue and speak truth to power, he caused quite a stir with his comments about Sarah Palin, then a vice-president contender. “If Sarah Palin isn’t enough of a reason for you to get over whatever your problem is with Barack Obama, then you damn well had better pay attention. Anybody toting guns and stripping moose don’t care too much about what they do with Jews and Blacks,” Hastings said. He later apologized.

Whether at the center of debates in Congress or taking fire from the opposition, Hastings seemed already ready for battle, always ready to stand up for the downtrodden and underprivileged.