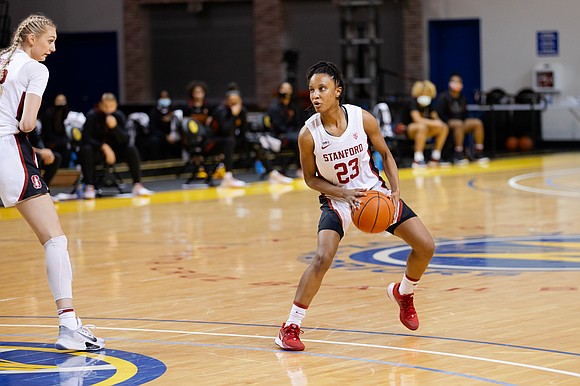 The overall No. 1 seed in the 2021 NCAA Division I Women’s Basketball Tournament, Stanford University, won the National Championship, earning the victory by one point, 54–53, over the University of Arizona. This was the first national title for the Cardinal in 29 years.

“I really feel like we won this for all of the great players that have played at Stanford,” said head coach Tara VanDerveer. “We had some special karma going for us…We were very fortunate to win.”

This tournament, which took place in a bubble situation in San Antonio, Texas, showed how incredible women’s college basketball is. After years of discussions about the lack of depth in the 64-team field, this year there were several notable upsets, such as Indiana defeating NC State, Texas taking down Maryland and unheralded Arizona making it all the way to the title game.

“You have that sense of frustration and disappointment,” said Chambers. “It’s what women’s sports experience every single day…As a female coach who’s trying to empower my young women to have a voice in a male-dominated world…it’s hard to look them in the eye and have that conversation.”

This was a first-ever Final Four for Arizona, which is led by Adia Barnes, a first-time head coach in just her fifth season with the Wildcats. Barnes is only the fifth Black female head coach in the title game. She has been cheered on by the Women of Color Coaches Network, who lean on and support each other.

“The group chat was going off on every single game; my phone was blowing up,” said Chambers. “You can’t help but see all the great, inspiring messages. Congratulating her because she’s so deserving of it. She’s such a great representation and example.

The Women’s Basketball Coaches Association has begun discussions with the NCAA about gender inequity in college sports. The WBCA has launched the website Our Fair Shot (ourfairshot.com) to advocate for the women’s game and strive for a level playing field for all student-athletes.