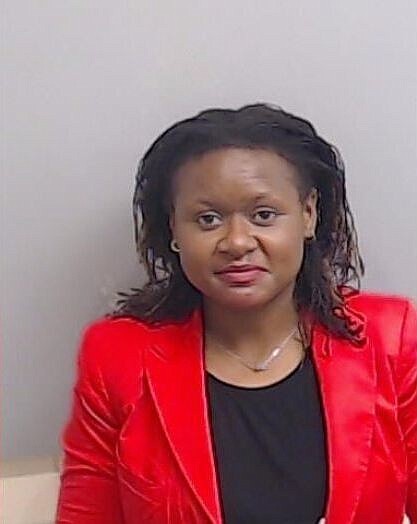 It’s now illegal to give water or food to people in line waiting to vote in Georgia. That’s just one of the provisions in the recently signed legislation by Gov. Brian Kemp and the state’s legislative body many say is blatant voter suppression.

The legislation, titled the Election Integrity Act of 2021, permits voters to request a mail-in ballot only 11 weeks before an election, which is less time than the six months allowed before. ID is now required for absentee ballots.

The number of ballot drop boxes is being cut down allowing only one per county and it will accept votes during early voting hours. Ballot drop boxes are also being placed inside.

Georgia’s State Board of Election also gets more power over county boards that determine voter eligibility. The state’s General Assembly will also control the State Election Board taking control away from the Secretary of State.

An infamous photo shows Kemp signing the legislation surrounded by six white, male Republican legislators and not one African American in the room.

Kemp stated, “Despite media outrage and relentless attacks from some with a financial or political agenda, I led the fight to aggressively investigate all allegations of voter fraud and followed the law to keep our voter rolls clean.”

Black Georgia House of Representatives member Park Canon of Atlanta knocked on Kemp’s door while was signing the bill. Video posted to social media shows Georgia State Patrol officers arresting Cannon. She was charged with felony obstruction and “preventing or disrupting General Assembly sessions or other meetings of members.”

“I am not the first Georgian to be arrested for fighting voter suppression. I’d love to say I’m the last, but we know that isn’t true,” Cannon said in a statement on Twitter. “But someday soon that last person will step out of jail for the last time and breathe a first breath knowing that no one will be jailed again for fighting for the right to vote.”

Changes to Georgia’s voter laws stem from the 2020 General Election where former President Donald Trump lost and asked for Republican state leaders, including Kemp, to “find votes.” Trump also made baseless accusations about stolen votes in the state.

Two Democrats won the state’s U.S. Senate seats including Black candidate the Rev. Raphael Wornock, who is the first African American to represent Georgia in the Senate.

Republicans blamed the mass number of absentee and mail-in ballots boosting Democratic votes. Kemp said the November 2020 election saw a 350% increase in the use of absentee

In an interview, Senior State Coordinator in Georgia for Black Voters Matter Fenika Miller said she’s not surprised by the new laws after the massive voter turnout in Georgia during the 2020 election. She also believes the laws will be enforced unequally in mostly Black counties.

“We have to use the passage of this bill, regardless of how bad it is, as fuel for us to dig deep and to really engage our community,” Miller said. “They have put elections in the hands of Republicans in the General Assembly as opposed to the Secretary of State. We’ve seen these things before and we need to make sure our folks understand that we have the power. When we mobilize there’s nothing that can stop us and we need to turnout again.”

President Joe Biden called Georgia’s new voting laws “Jim Crow in the 21st Century.” He said the Justice Department is looking into whether or not the new laws violate the Voting Rights Act of 1965.

“What I’m worried about is how un-American this whole initiative is. It’s sick,” Biden said. “This makes Jim Crow look like Jim Eagle. I mean, this is gigantic what they’re trying to do and it cannot be sustained.”

“Its purpose and target are clear: to create barriers to voting for Black voters who turned out in record numbers for the November 2020 presidential election and the January 2021 special election,” NAACP Legal Defense Fund President and Director-Counsel Sherrilyn Ifill said in a statement. “The provisions of the new law and the manner in which it was enacted reflect a thorough disregard for the sanctity of protecting the right to vote.”