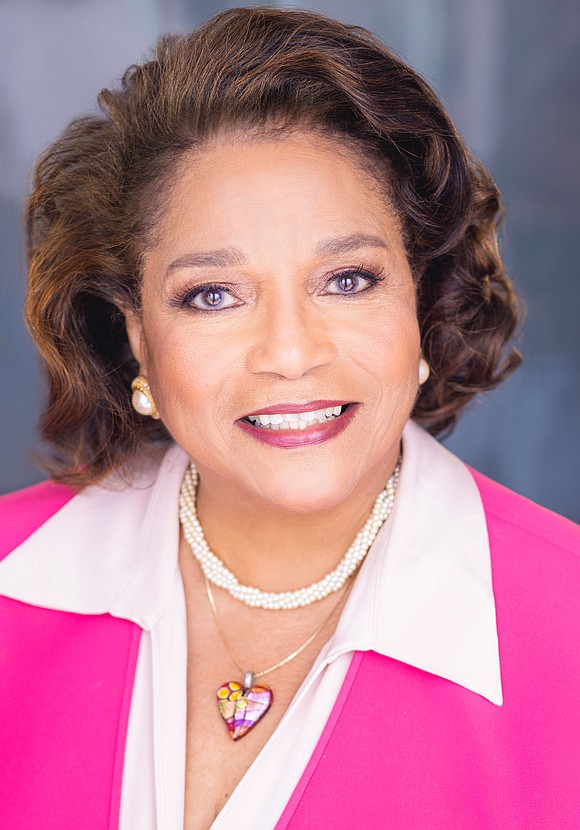 The Stephens College Alumnae Association has announced that the organization’s annual Alumnae Achievement Award will be presented to Mattie Carolyn Hall, known professionally as Carol Hall, during the College’s 2021 virtual reunion weekend, April 8-10. Watch the award presentation during the Stephens College Honors Convocation, which begins at 3 p.m. Friday, April 9. Access the Zoom link at stephens.edu/convocation.

The Alumnae Achievement Award recognizes alumnae who have distinguished themselves in their field and their community and have a steadfast commitment to the Ten Ideals of Stephens. Now in its 70th year, it is the highest honor bestowed on Stephens College alumnae. This year’s honoree earned an A.A. in 1967 and a B.A. in 1969 from the historic women’s college in Columbia, Missouri. In addition to fashion design, retailing and liberal arts classes at Stephens, Hall took several Black Studies classes at the University of Missouri that, she said, “enriched my overall college experience.” She spent her freshman year at her mother’s alma mater, Bennett College, an HBCU women’s college in Greensboro, NC. Both at Bennett and Stephens, and during her career, Hall counts herself fortunate to have made many lifelong friends from diverse backgrounds.

Hall and other Stephens Black students formed a Black Students Union (BSU) on campus. When Dr. Martin Luther King Jr. was assassinated, she flew to Atlanta with a fellow classmate and BSU member, where they volunteered at the Southern Christian Leadership Conference headquarters helping mourners find housing with Atlanta families who welcomed strangers into their home.

“Witnessing this outpouring of love and kindness during this time of tragedy, anger and grief,” Hall said, “helped restore my faith and belief in Dr. King’s ‘beloved community.’” She had often expressed gratitude for having been lovingly taught, at an early age, her lifelong core values, “To love God and all people; to always do the right thing and do it right.” The Atlanta experience served to reinforce her belief and dedication to helping bring about a “beloved community.”

Hall’s participation in the “beloved community” began in childhood in her native Kirkwood, a suburb of St. Louis, Missouri. She vividly remembers 1954 when court-ordered integration began in the U.S. and she was sent from the all-Black Turner School to integrate the all-white Robinson School. Then as teenagers, she and her two brothers participated in an NAACP voter registration drive at the Pruitt-Igo housing project in downtown St. Louis.

After graduation from Stephens, Hall moved to New York City where she entered Columbia University’s Graduate School of Journalism’s summer program established in response to the Kerner Commission on Civil Disorder following the assassination of Dr. King. The program’s purpose was to address and help remedy the nationwide lack of reporters from minority communities in the nation’s newsrooms. Influenced by CBS newsmen like the late Edward R. Murrow and Fred Friendly, the journalistic principles that Hall learned and embraced focused on the role of a journalist who must report stories factually, accurately, truthfully. Bias and opinion are only for the audience to apply, she was taught.

Hall began her career in television news as a reporter and anchor at WHBQ Channel 13, ABC-TV, Memphis, TN. While upholding her journalistic principles, Hall reported stories on desegregation trials, busing and the aftermath and recovery from the death of Dr. King. Subsequent moves took her back to New York City and WOR-TV Channel 9; then to Washington, DC, “7:30 Live” WJLA Channel 7 ABC-TV; on to WTAE Channel 4 ABC-TV “Good Morning Pittsburgh,” Pittsburgh, PA, and finally to Los Angeles, “Newscope” KABC-TV Channel 7. Throughout her news career, Hall learned the history of each city, appreciated and enjoyed its cultural uniqueness, embraced the people and found ways to be a contributing member in the community. Over the years, Hall has been active in many churches, participated in school career days, held memberships in the NAACP, the Panel of American Women, The Links, Inc., National Association of Black Journalists, City Press Clubs, Bread for the World, The League of Allied Arts, Inc.; Museum of African American Art, LA; NAWBO-LA, Leadership California; and the alumni associations of Bennett College, Stephens College, UCLA Anderson, and the Tuck School of Business at Dartmouth.

Carol Hall has been married to Cliff Holliday for over 30 years, with whom she raised a daughter, and has one stepdaughter and stepson. Hall also remains active in her church and “gives thanks to God for her life’s blessings and the countless people in the many communities where she has lived, worked and served,” she said.

For more than 50 years, Hall has also been an active supporter of Stephens College as a member of local alumnae groups in the cities where she lived, and as a member of the Alumnae Association Board. “I am honored to be receiving the Alumnae Lifetime Achievement Award,” Hall said. “Stephens not only gave me opportunities to explore and learn, it also introduced me to lifelong friends who are my sisters and remain by my side to this day.”