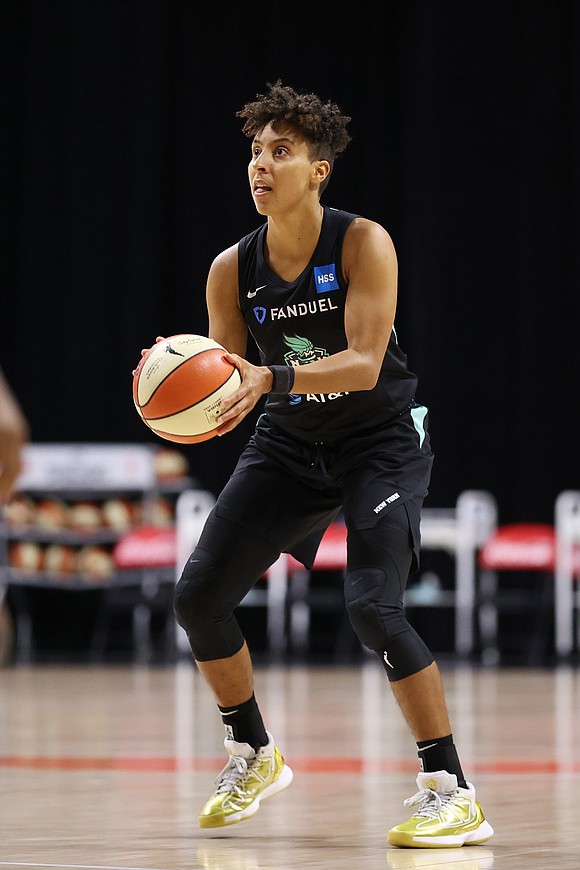 With an 83–67 loss to the Phoenix Mercury last Saturday, the New York Liberty became the first team to be officially out of WNBA playoff contention. Four Liberty players scored in double figures, but it was not enough against a 30-point performance from the Mercury’s Skylar Diggins-Smith.

Liberty coach Walt Hopkins said things would have been different had Asia Durr not had to sit the season out after being diagnosed with COVID-19 and had top draft pick Sabrina Ionescu not suffered an injury. “The way Sabrina can bend and stretch a defense, it really changes kind of the gravity that everyone else has,” said Hopkins. “Asia’s ability to create a shot, her energy and her calmness. Those two are missed.”

Durr’s absence is an unfortunate reflection of the pandemic that has impacted the world. As for Ionescu, injuries can happen, especially to rookies new to the physicality and pace of the WNBA. In this compressed, unique season in the wubble, it has meant that she could not remain with the team while undergoing treatment and rehab.

“Sabrina is one of the stars in the league and things work a little bit better when you have those stars to orbit around,” said Hopkins.

Prior to this year’s WNBA draft, the Liberty dismantled the roster and rebuilt it around Ionescu, largely with rookies. The only returning veterans were Kiah Stokes (who sat out the 2019 season), Kia Nurse, Amanda Zahui B and Durr. The only veteran signed as a free agent was Layshia Clarendon, who has done an amazing job both on and off the court, but there is only so much one player can do.

In praising rookie Joyner Holmes, who had a double-double in the game against the Mercury, Hopkins acknowledged that sometimes Holmes is working through typical rookie issues. This has been a season where veterans such as Diggins-Smith, DeWanna Bonner and A’ja Wilson have shined.

The Liberty is the worst three-point shooting team in the league. Hopkins said he understands the desire for wins, but he wants players to continue to try to shoot threes so they can build their abilities. Telling them to stop shooting threes so the team could perhaps win more games is counterproductive to long-term success.

“Anyone who can look a little bit in the future can see why that’s not a very sound way to do things if you’re trying to build something that goes much further than this bubble season,” said Hopkins. “We have a plan that we’ve outlined pretty clearly, and we’re going to stick to it.”