College sports remain on hold, except for football 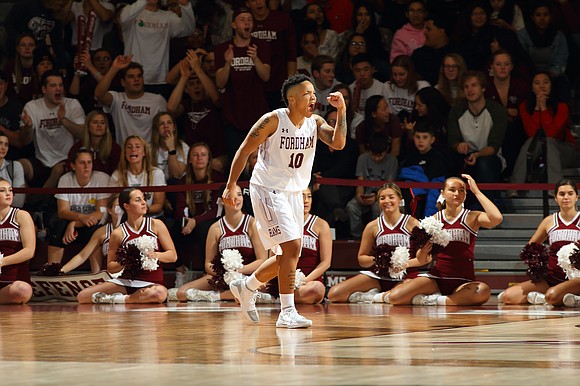 The NCAA has made it clear that there will be no championships held in fall sports for Divisions I, II or III due to COVID-19. Most of the colleges and universities in the New York/New Jersey area compete in some or all of the impacted sports: cross country, field hockey, men’s and women’s soccer, women’s volleyball, men’s water polo, and Football Championship Subdivision (FCS). Conferences have opted to postpone those sports.

The only sport that is hitting the playing field is Football Bowl Subdivision (FBS), which operates independently from the NCAA. Some conferences that compete in the FBS—most notably the Big Ten and the Pac-12 (among the Power 5 conferences)—have chosen to reschedule football for the spring, but six conferences are opting to play.

Needless to say, sitting out fall sports comes as a hard hit to schools that excel in those sports, but the conferences and the institutions have said they are prioritizing student-athlete health and safety.

Some schools are using this time to focus on social justice issues. On Aug. 28, Ed Kull, interim director of athletics at Fordham University, released a letter, noting that over the summer the athletics department engaged in open dialogue with the student-athletes, coaches, staff and administrators. A task force was assembled to “address and combat systemic racism.”

Fordham Athletics has launched the #OneRamily Social Justice Plan (Fordham athletes are the Rams), which strives to create a more inclusive environment. Student-athletes are being encouraged to speak up about their concerns. Fordham and other institutions have also been responsive to student-athlete concerns regarding COVID-19. In August, Kull hosted a virtual town hall with student-athletes and their parents.

Kull is pleased that the two conferences in which Fordham competes, Patriot League for FCS and Atlantic 10 for other sports, announced the postponement of fall sports early. “I’m proud of the decision because it allowed us to give direction and clarity to our student-athletes and their families,” said Kull. “My heart goes out to all of our student-athletes from the spring and now fall semesters that have had sports suspended.”

By mid-September, Fordham and other colleges and universities will begin examining the viability of winter sports, most notably basketball. Official practices typically start in mid-October and games start in November.

“The spring is still our goal [for fall and spring sports] to make sure our student-athletes have the ability to play,” said Kull. “Nobody wants to lose an entire year.”