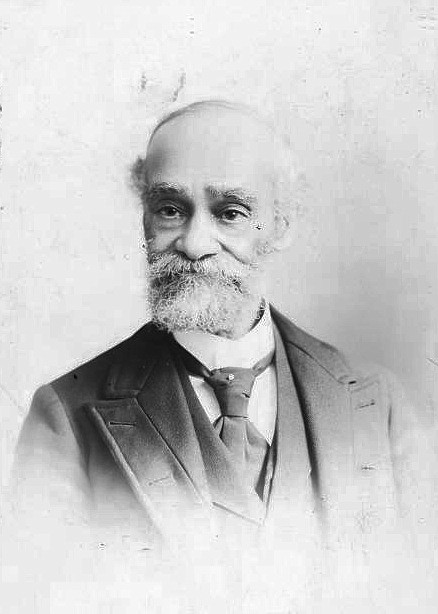 Once upon a time the Amsterdam News had Langley Waller as its lithographer, which for many of our readers was an unknown profession. But it was not unfamiliar to Patrick Henry Reason, one of America’s earliest engravers and lithographers, who was also a devout abolitionist and a leader of a fraternal order.

Born in April 1817 in New York City, Reason was the son of Michael and Elizabeth Reason. His father was a native of Saint Anne Island, Guadeloupe and his mother was from Saint-Dominique. He was one of four children, one of whom, a sister, died when Reason was a year old.

At a very early age Reason’s artistic ability began to surface. He completed his first engraving while a student at the African Free School. It was a fascinating creation even for a fully mature engraver, and even more astonishing as the product of a teenager. Because of his emerging genius as well as his frontispiece and the death of his father, he was soon apprenticed to Stephen Henry Gimber, a white printmaker. He opened his own studios at 148 Church Street in the city where he offered a sweeping variety of engraving services. Before long he became the go-to printmaker and his demand was unprecedented.

Whenever he wasn’t at work on a project—and they came at a rapid pace—he was busy as an anti-slavery activist or delivering speeches on the philosophy of fine arts to the Phoenixonian Literary Society in New York. The speech was hailed in the local press, which put him in touch with even a wider audience and invitations. And that recognition was considerably boosted when India ink drawing exhibited at the Mechanics Institute Fair won first prize. The interest in his work expanded to include such items as jewelry, business cards and certificates of various commendation. A meticulous artist, a keen eye for detail was among the talents he possessed. To define him merely as a lithographer was incomplete because he was an equally fine draftsman and landscape artist.

But it was his engraved portraits of his people in bondage, often shackled in chains and on bended knees as if pleading for mercy or in prayer that personified his art and craft. Depiction of that image is one that has been used again and again by authors, organizations and institutions since its creation. We include it here.

Reason was also an inspirational teacher, enthralling his students with abolitionist sermons while instructing them on the scientific methods of drawing and illustrating.

His work at Harper Publishers, the preparation of map plates along with government engravings, was an additional endeavor that kept him occupied and endowed. In the New York City directories, he was listed as a “col’d” (colored) engraver, a distinction of identity that apparently turned away many potential clients. On more than one occasion he was spurned by white engravers who refused to work with him.

On June 22, 1862, he married Esther Cunningham of Leeds, England. They had one son, Charles. With a wife and son in tow, Reason left New York City and moved to Cleveland, Ohio, since he had received requests from several engravers in that city. For more than 15 years, he worked at the jewelry firm owned by Sylvester Hogan, who was a wholesale and retail dealer in fine jewelry and silver plate. And, by the way, the Cleveland City directory listed him as an engraver only.

Before leaving New York City Reason had organized an Odd Fellows Lodge, mainly established to help the sick and the needy, though it was refused dispensation for application in the prestigious New York Philomathean Society, in which he was a member. Even so, he designed and engraved the first certificate of membership for the Odd Fellows. He was also an active member of the New York Masons.

After being diagnosed with carcinoma of the rectum and suffering from the disease for a long time, Reason eventually died on Aug. 12, 1898 at 82 and was survived by his wife and son.