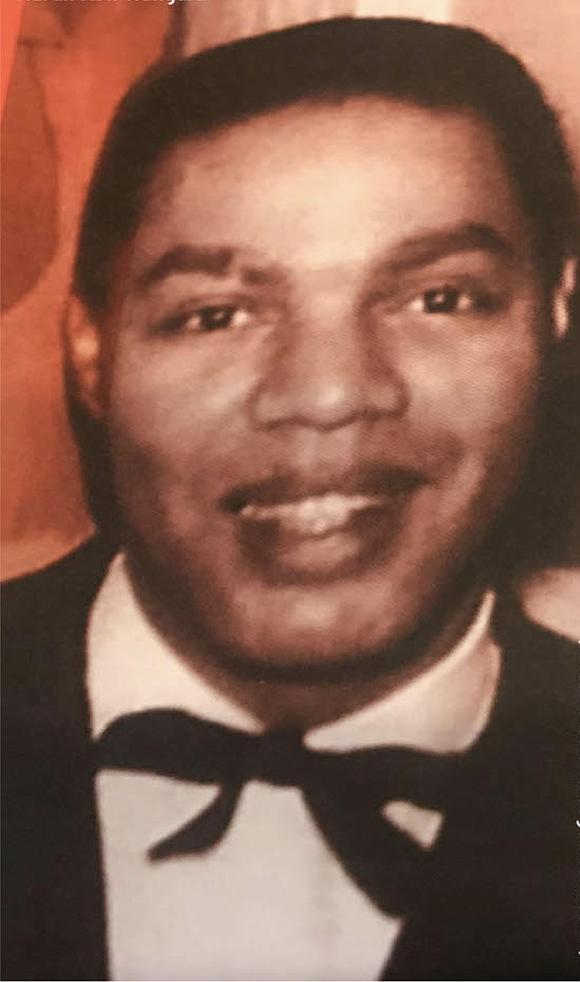 A week or so ago, while researching the life and times of the late poet Naomi Long Madgett, I came across the name of Harold Lawrence, who by the early ’60s had changed his name to Harun Kofi Wangara, further stamping his Black nationalist, Afrocentric aspirations. He gained national attention in 1962 with the publication of his poem “Black Madonna” and an article on the pre-Columbian African exploration in the new world published in The Crisis magazine.

What the rest of the nation, if not the world, discovered in 1962 was a profound thinker and educator whose reputation was well established in Detroit where he was born Dec. 4, 1928 and began his literary and anthropological pursuit of African and African American history and culture.

It was variously reported that Wangara seriously began his study of his people’s history while a student at Wayne State University, particularly the books written by historian J.A. Rogers. At the same time he was deeply involved as the chairman of the research and education committee of the city’s branch of the Association for the Study of Negro Life and History.

In his pioneering article “African Explorers of the New World,” he established a line of inquiry that would gain wider acclaim after the publication of Ivan Van Sertima’s “They Came Before Columbus,” thereby expanding Wangara’s thesis. “We can now positively state that the Mandingoes of the Mali and Songhay Empires, and possibly other Africans, crossed the Atlantic to carry on trade with the Western Hemisphere Indians and further succeeded in establishing colonies through the Americas,” he observed. After receiving his B.A. in Linguistics and a master’s degree in Education, he departed for Ghana in 1964. He received the African name Kofi Wangara from the students of the Institute of African Studies in Legon, Ghana. His master’s degree was earned from the Institute and he left Ghana for Nigeria.

Professor Wangara returned to the United States and from 1969 to 1983 he made several extended study and research trips to Senegal, Gambia, Sierra Leone, Liberia, Mali, Ivory Coast, Dahomey and Togo. In 1973 he interviewed the great scientist and scholar Dr. Cheikh Anta Diop in Dakar, Senegal. In 1986 Dr. Ivan Van Sertima produced and edited the “African Presence in Early America” ––a major anthology featuring a comprehensive chapter from Wangara entitled “Mandinga Voyages across the Atlantic.”

Even before his ventures abroad, Wangara was a participant in several notable organizations in Detroit where he collaborated with such noted writers and artists as Madgett, Dudley Randall, Oliver LaGrone, Leroy Foster and Glanton Dowdell. It was in the company of a number of notable poets that Wangara expressed his own literary vision with “Black Madonna.” His opening stanza of the poem provides a vivid description of the Madonna as an “apparition” emerging from the “Rocks of Rhodesian, Kush Ethiopia.” In a succeeding stanza from the poem, Wangara explains how the so-called Renaissance masters “wiped [Mary] white.” At the poem’s conclusion he denotes how Black Madonna is an upright figure that bears the chromatic complexity of the color black, thereby, as one critic cited her “Sensitive beauty, smiling, Black, Turban crowned, robed, straight back, Very Black—and Brown and Beige too, Singing strong songs of Negritude Through coffee lips your vibrant Blues.” The painter Foster captured the poem’s colorful nuances.

Wangara was a consummate scholar, a superb writer, and a journalist whose interview with Diop is exemplary of his style and probity. The two eminent intellectuals traded wit and insight on everything from ancient Kemet to the tasks facing the emerging coterie of Afrocentric thinkers. “I would like to see above all a greater number of researchers—Afro-Americans—young Americans—even whites,” Diop said in response to Wangara’s question about the path ahead. “Why not? Because it’s the young who are least prejudiced. As a consequence, they are the most capable of making triumph ideas which frighten the older generation. Also, I think that it will be necessary to put together polyvalent scientific teams, capable of doing in-depth studies, for sure, and that’s what’s important. It bothers me when someone takes me on my word without developing a means of verifying what I say ... We must form a scientific spirit capable of seeing even the weaknesses of our own proofs, of seeing the unfinished side of our work and committing ourselves to completing it. You understand? Therefore we should then have a work which could honestly stand criticism, because what we’ve done would have been placed on a scientific plane.”

Collaborating was often a comfortable pursuit of scholarship for Wangara, which he did most fruitfully with the poet Ahmed Alhamisi. In 1969, amid the flourishing Black political ferment, they edited “Black Arts: An Anthology of Black Creations,” which captured the cultural and literary zeitgeist of the age.

Among the poets included in the anthology are Amiri Baraka, Sonia Sanchez, Etheridge Knight, Muhammad Toure, with graphic designs and drawings by Tom Feelings. The esteemed South African poet Keorapetse Kgositsile wrote the introduction, indicating the global reach on the publication, again in concert with Wangara’s all-consuming worldview.

At the time of professor Wangara’s death on Dec. 14, 1989, he was working on a comprehensive text entitled “Mandinga Voyages to America,” and that would have given additional credence to his pioneering work in those African visitors who ventured to the West long before Columbus.