Morris teaches us not to rush the story 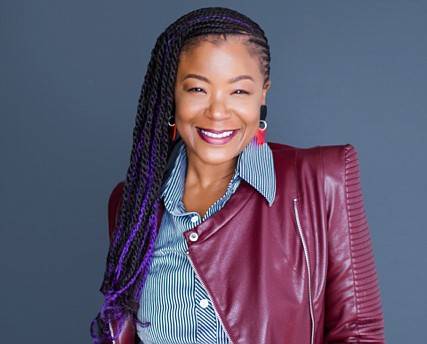 When the pandemic first spread to New York in March, people panicked. They stocked up on toilet tissue, Lysol disinfecting wipes and hand sanitizer. Some lost their jobs, while others transitioned to working remotely from their homes.

While C. Zawadi Morris saw the instant response citizens had about coronavirus, she noticed the news did not cover their experiences.

“We were caught up in emerging news,” Morris said. “People were glued to their TV screens. We were not focusing on the stories of people, so this was an effort to slow down and capture that during the pandemic.”

Morris’ initiative was inspired by the Federal Writers Project. The project developed under the Works Progress Administration during Franklin Roosevelt’s presidency. Even though the goal was to employ historians, educators and writers, it contextualized slavery by including thousands of first-person narratives from former slaves.

She wanted to recreate that in the COVID-19 Writers Project by focusing on 30 Brooklyn residents from March to August 2020.

As the publisher for the BK Reader, a hyper-local newspaper that covers Brooklyn neighborhoods, she has experience in capturing viewpoints not often included in the media.

“When we talk about occurrences, we should not leave out voices because they are harder to reach or they are not as accessible,” Morris said. “I wanted to make sure that we included different perspectives in regards to age, race, background, ethnicity, etc.”

The COVID-19 Writers Project is broken down into five stages: crisis, response, devastation, awakening and recovery. Crisis represented the start of the pandemic, devastation detailed the time New York was the epicenter, and awakening emphasized the impact of police brutality on the country.

When Morris started the project, she worried about how to communicate with others while staying safe. She decided to tell stories via videoconferencing methods like Zoom, for future generations to look back on.

“At first, it was difficult to get people to open up and tell their stories,” Morris said. “Once we got them to agree, they spoke in an honest and transparent way. This gave them a time to slow down, talk about their circumstances, and it became a therapy session for some.”

The completed product included 10 video narratives, a photo story by photographer Mateo Ruiz-Gonzalez and five written essays that discuss each state in the Writers Project.

Morris was surprised when her project received funding from reputable organizations such as National Geographic, Pulitzer Center and the American Medical Association.

“I was blown away,” Morris said. “To this day, I am very grateful to have people from these organizations see the value of this. It reinforced that this project needed to happen.”

Click here to learn more about the COVID-19 Writers Project.