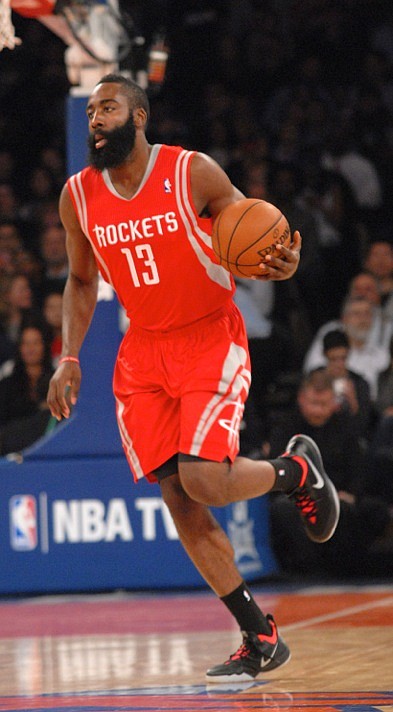 The Brooklyn Nets shocked the world in the summer of 2019 by signing then free-agents Kevin Durant and Kyrie Irving. They are poised to create another seismic shift by possibly trading for the Houston Rockets star guard James Harden. The 31-year-old prolific scorer, known for his beard, step back 3’s and Euro-step, was voted the 2017-’18 league MVP. Harden reportedly turned down a two-year, $103 million extension from the Rockets which would have made him the first NBA player to have an annual salary of $50 million or more.

The 31-year Los Angeles native has by several media accounts informed Rockets executives he wants to be traded to the Nets. The Philadelphia 76ers are also purportedly highly interested in trading for Harden. The Rockets have made significant changes since losing to the Los Angeles Lakers in the second round of the playoffs.

Mike D’ Antoni, who was the team’s head coach from 2016 through the end of this past season, declined to sign an extension and instead opted to join the Nets as an assistant under first year head coach Steve Nash. D’Antoni and Nash are reunited after being the head coach (2003-2008) and two-time NBA MVP (2005, 2006) respectively with the Phoenix Suns.

Daryl Morey, who was named the Rockets’ general manager in 2007, left the organization in October and earlier this month assumed the title of president of operations with the 76ers. Morey, one of basketball’s leading proponents and innovators of the use of analytics, frequently altered the Rockets’ roster but his algorithms failed to produce a championship. Harden, still chasing his first championship entering his 12th year in the NBA, knows that like Charles Barkley, Karl Malone and other players of such stature, his legacy will be harshly scrutinized without a title. The 6-5 guard’s individual accomplishments are lofty, including winning the league’s last three scoring titles.

An All-Star in each of the eight seasons, Harden has two years remaining on his current contract at $41 million this season and $44 million the following year. He has a $47 million player option for 2022-’23. A trade to the Nets would bring Harden and Durant back together. They were teammates with the Oklahoma City Thunder from 2009 to 2012.

If the Nets are indeed pursuing Harden, it may come at a price too high to maintain much needed depth. The Rockets are certain to ask for guards Spencer Dinwiddie, Caris LeVert and center Jarrett Allen or a combination of the three, perhaps a price too high to add another superstar. Dinwiddie (27) and LeVert (26) have emerged as rising stars hitting their primes and Allen is a valuable rebounder and defender in the post.

With a healthy Durant and Irving, the Nets as currently constructed are a deep, formidable championship contender. While not as statistically imposing as Harden, both the 6-5 Dinwiddie and the 6-6 LeVert have shown they are creative and clutch shot makers, with the capability to play both backcourt positions as well as small forward.

Nets salary cap experts also will be hard at work advising team owner Joseph Tsai and general manager Sean Marks as to how to fit in Harden’s salary with Durant’s $39 million and Irving’s $33 million.