COVID-19 cases, hospitalization on the rise during onset of second wave 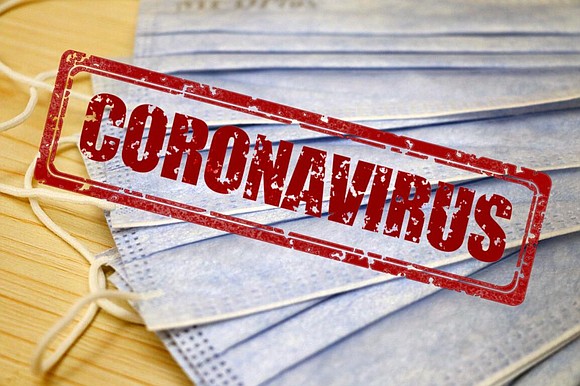 The second wave of COVID-19 has started in the city, according to health experts. The rising number of cases is bringing the city closer to a possible shutdown with fears that things could get worse after the Thanksgiving holiday.

This week, Mayor Bill de Blasio announced that the seven day rolling average of people testing positive citywide for COVID-19 is at 2.7%. The daily number of people being admitted to hospitals for suspected COVID-19 is going up, but not intensely.

On Wednesday, Mayor Bill de Blasio announced that all schools would go to remote learning with no in-person classes starting on Nov. 19 as the city has hit the 3% positivity rate.

Last week, Gov. Andrew Cuomo tightened restrictions statewide to slow the spread of COVID-19 by ordering bars and restaurants to close at 10 p.m. for in-person service and gyms to at 10 p.m. as well. Indoor and outdoor gatherings at private residences are limited to 10 people.

“If you look at where the cases are coming from, if you do the contact tracing, you’ll see they’re coming from three main areas: establishments where alcohol is served, gyms, and indoor gatherings at private homes,” Cuomo said. “The reason we have been successful in reducing the spread in New York is we have been a step ahead of COVID. You know where it’s going; stop it before it gets there.”

Public Advocate Jumaane Williams released a paper this week titled “In the event of a Second Wave” which contains a series of recommendations for city, state, federal, and individual actions to limit the spread of COVID-19.

“As cases rise across the country and spike to new highs, here in New York City it is now undeniable that we are seeing the rise of a second wave––but its outcome is not inevitable,” said Williams. “In order to prevent the level of pain and devastation that was inflicted by the compounding public health and economic crises in the spring, we have to learn from our mistakes and be proactive.”

In an interview with the AmNews, Downstate Health Sciences University School of Public Health dean and professor Dr. Kitaw Demissie said while the second wave of COVID-19 is in the city, things are not as bad as they were early on.

“We were affected heavily in the last wave and some of the protection could be some kind of immunity that has developed,” he said. “We have to be very careful not to really emphasize on that because the protection is probably limited. We don’t even know how much protection from an infection people could have. It’s always better to be cautious.”

Demissie predicts that things could get worse with the coming winter season at least until March. He said that the major cause of the second wave is people gathering in small groups.

“When the temperatures get colder, there is a tendency for people to stay together in homes in small gatherings,” he said. “As the winter goes, the infection rate is going to increase.”

Echoing the Center for Disease Control (CDC) and other health officials, Demissie says Thanksgiving gatherings should be limited to a very small number of people and advises getting testing before visiting. He also says Christmas should be of concern.

“Holidays are going to contribute to the increase,” he said. “People need to be very careful and, if possible, they need to get tested before they join their family. At the same time, even when they are together, they should take precautions.”

Caught in the middle of the city’s battle with the pandemic are schools, which are switching students back to remote learning. De Blasio made the announcement on Wednesday as the city's infection rate surpassed 3%.

We're going to fight this back," de Blasio said. "This is a setback but it's a setback we will overcome. And I know our Chancellor and everyone at the DOE today is sad that this moment has come but now are resolute about making sure we serve families and kids in the meantime and then getting back up and running with our schools as quickly as possible."

Schools Chancellor Richard Carranza said that officials will get students back in the classroom as soon as possible. reports indicate that around 300,000 students had been participating in in-person learning. Schools will be closed for in-person learning through Thanksgiving.

"It's been an eventful and very challenging year in so many ways and to say the least. And our schools have opened and been remarkably safe with a 0.19 positivity rate," Carranza said. "They've also been safe havens for our children, and we know our students need that interaction so we feel a deep sense of commitment to making sure we can open for in-person learning again as soon as it is physically safe to do so."

Families are preparing for students to go back to remote learning with many households not able to handle the switch. Public education advocacy organization Alliance for Quality Education (AQE) says the safety of students should be the priority and politicians and officals should listen to the needs of families.

“It appears to come as a complete shock to Governor Cuomo and Mayor de Blasio who are once again at odds on the best way to combat the spread of the virus,” AQE said in a statement. “Our state and city leaders should be proactively planning to stay ahead of the virus with a cohesive plan to contain the spread. Yet New York City parents are suddenly threatened with the prospect of their schools closing while restaurants, bars and casinos remain open. We should be prioritizing our children, not profits.”