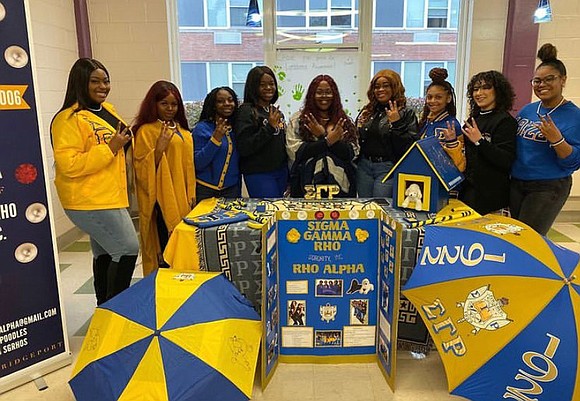 After charting their Alpha chapter at Butler University Dec. 30, 1929, they became an incorporated national collegiate sorority. It wasn’t until 1937 that the sorority joined the National Pan-Hellenic Council which is also known as the Divine Nine. The Divine Nine is an organization composed of historically African American Greek-lettered five fraternities and four sororities.

What differentiates Sigma Gamma Rho Sorority, Inc. from the other D9 Greek letter organizations is that this sorority is the only sorority that was founded at Butler University, which is a predominantly white campus. During this time, racism and prejudice was at its all-time high, along with sexism. These women, however, prospered and found a way to start their organization. Members who join aim to provide community service, civil and social action for women and their families internationally. Some of the well-known international programs are Operation Big Bookbag, Project Reassurance, Hattie McDaniel Breast Cancer Awareness and Youth Symposium.

“As we celebrate 98 years of community impact, social engagement, and committed partnership, I am reminded of the seven young educators who boldly created a sisterhood to address adversity, create meaningful solutions and empower women and youth,” said Rasheeda S. Liberty, 25th international grand basileus. “Fast forward to today, we walk in those dedicated footsteps, seeking to expand beyond identifying problems to defining ways to eradicate them, as we focus forward toward our centennial.”

So if you see a pretty poodle today, wish them a Happy Founders Day!