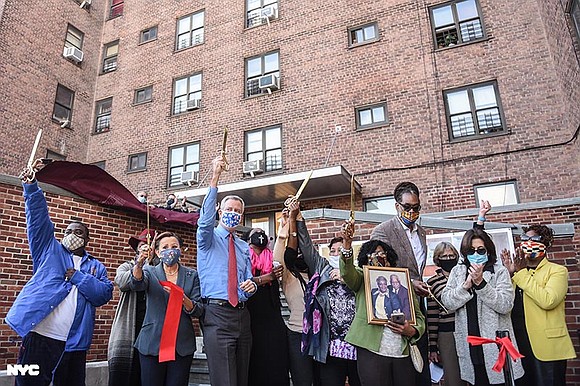 The new 3,200 square foot center and 3,200 square foot exterior deck, which was made possible with $14 million in capital funding from Mayor Bill de Blasio, Brooklyn Borough President Eric Adams and Council Member Robert Cornegy Jr., will provide vital programming for both adults and young people through the Department of Youth and Community Development and the nonprofit Grand St. Settlement.

The Marcy Houses Community Center stands on the site of a former NYCHA Police Service Area and two former apartments. The new entrance is served by a 3,200-square foot outdoor deck. Facilities include two offices, two activity rooms, one culinary room and four bathrooms. One of the activity rooms can be cleared for multi-use gathering, while the other will be furnished with desks, chairs and laptops.