Suriname goes to the polls 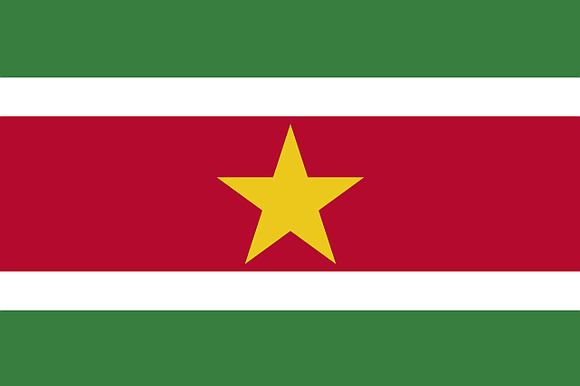 Dutch-speaking Suriname, the second largest and one of the richest countries in the Caribbean Community, voted for a new government amidst coronavirus restrictions, but it could take several weeks before a new president is elected by the 51-member national assembly.

From as early as daybreak when polling stations opened, long lines were evident at polling stations throughout the country even as voters tried to comply with social distance rules in a country which appears to have beaten back the pandemic spread with only one new infection in recent weeks.

The 2020 general elections appear to be a straight fight between the multiracial National Democratic Party (NDP) of President Desi Bouterse, 74, and the Hindustani VHP party of former Justice Minister Chan Santokhi.

The NDP will be trying to maintain or better the 26 seats that helped it to form a parliamentary majority five years ago, while the VHP, beset by persistent allegations of Indo racism, thinks that it can capitalize on an economy that is in a tailspin to build on the nine seats it had in the last parliament. Together with seats and votes attracted by the plethora of small parties, the VHP hopes it can reduce NDP votes to such an extent that it will struggle to win a third five-year term.

For former military strongman Desi Bouterse, this election could be life changing. Late last year, a court sentenced him to 20 years in prison for the mass murders of 15 political opponents in 1982. The then military government had complained that the 15 were collaborating with the west to overturn a military coup two years earlier. Soldiers executed them at a downtown colonial era Dutch fort that sits right next to the presidential office. Bouterse has persistently denied giving the order but has accepted collective responsibility as the then head of government. This year, the country of about 580,000 neighboring Guyana, Brazil and French Guiana celebrates 45 years of independence from The Netherlands.

Polls predict that the NDP could reduce from 26 to about 18 seats and that the VHP will grow, but not enough to be the largest single outfit as it continues to struggle to shed the perception it is an Indo party only. In all, 17 parties will be vying for the 380,000 voters and the 51 assembly seats in addition to nearly 1,000 local government offices.

Bouterse’s NDP is facing an electorate that is angry with a series of scandals and political and economic missteps. A few weeks ago, a whopping $200 million disappeared from the central bank without proper explanation. The local dollar is now trading at up to $20-1 compared to less than $4 three years ago. Import prices have skyrocketed as a result. Life has become harder, ordinary folks charge.

The NDP’s own internal polls takes it to 29 seats, a level that its critics, including ABOP, the Maroon party in the southeast near French Guiana, say is impossible.

“We get a minimum of 23 and a maximum of 29,” said NDP executive Amzad Abdoel. “We don’t let anything and nobody discourage us.”

Judges on the courts, who sentenced the head of state to 20 years late last year, have said that he would be hauled off to jail to begin serving if he is not president or a parliamentary member after May 25.

But even as the NDP and the VHP battle it out, there has been growing speculation about a post-election alliance to run the country. Some VHP businessmen have been clamoring for such a move as being out of power for 10 years has robbed them of access to state contracts and influence. They want such access by any means.

ABOP and the Javanese party’s Pertjajah Luhur, representing Indonesian-Javanese descendants in Suriname, have already announced an alliance that could net them about eight seats and make them a sort of power broker. Both have vowed not to hook up with the NDP based on bad past experiences.