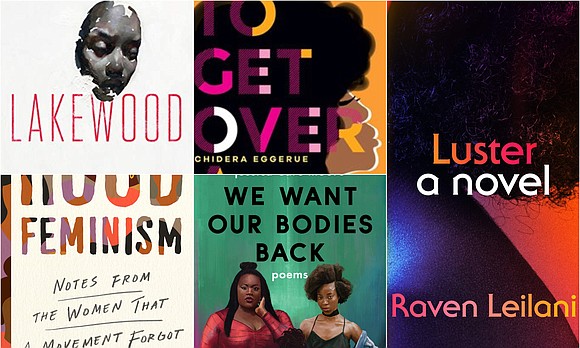 We continue to find ourselves in a vulnerable position. We have very little power of what occurs in our lives as we continue to live under strict orders of quarantine, social distancing and self-isolation. We also had to celebrate Mother’s Day at a distance. This is very unfortunate and it will require emotional strength to endure an era where we cannot gather with our loved ones, particularly the women who gave birth to us.

But this doesn’t have to be a sad time. This can be a time to read and grow. Black women are the foundation of our community and when they receive the chance to express themselves through their observations and stories, we find it makes our community and culture richer. A book by a Black woman can be a great gift for your mother, and it can also be a gift if you allow yourself to delve into the intellectual artistry of a Black woman author. Let’s make sure we stay connected through the creative offerings of our vastly potent, incredible culture. Happy Mother’s Day to all the powerful Black women out there.

When Lena Johnson’s beloved grandmother dies, and the full extent of the family debt is revealed, the Black millennial drops out of college to support her family and takes a job in the mysterious and remote town of Lakewood, Michigan. On paper, her new job is too good to be true. High paying. No out of pocket medical expenses. A free place to live. All Lena has to do is participate in a secret program—and lie to her friends and family about the research being done in Lakewood. An eye drop that makes brown eyes blue, a medication that could be a cure for dementia, golden pills promised to make all bad thoughts go away. Provocative and thrilling, Lakewood is a breathtaking novel that takes an unflinching look at the moral dilemmas many working-class families face, and the horror that has been forced on Black bodies in the name of science.

“Hood Feminism: Notes from the Woman That a Movement Forgot” by Mikki Kendall (Viking)

Mainstream feminists rarely talk about meeting basic needs as a feminist issue, argues Mikki Kendall, but food insecurity, access to quality education, safe neighborhoods, a living wage, and medical care are all feminist issues. All too often, however, the focus is not on basic survival for the many, but on increasing privilege for the few. In her searing collection of essays, Mikki Kendall takes aim at the legitimacy of the modern feminist movement, arguing that it has chronically failed to address the needs of all but a few women. Drawing on her own experiences with hunger, violence, and hypersexualization, along with incisive commentary on politics, pop culture, the stigma of mental health, and more, “Hood Feminism” delivers an irrefutable indictment of a movement in flux.

Edie meets Eric, a digital archivist with a family in New Jersey, including an autopsist wife who has agreed to an open marriage—with rules. As if navigating the constantly shifting landscapes of contemporary sexual manners and racial politics weren’t hard enough, Edie finds herself unemployed and invited into Eric’s home—though not by Eric. She becomes a hesitant ally to his wife and a de facto role model to his adopted daughter. Edie may be the only Black woman young Akila knows. Irresistibly unruly and strikingly beautiful, razor-sharp and slyly comic, sexually charged and utterly absorbing, Raven Leilani’s “Luster” is a portrait of a young woman trying to make sense of her life—her hunger, her anger—in a tumultuous era. It is also a haunting, aching description of how hard it is to believe in your own talent, and the unexpected influences that bring us into ourselves along the way.

“How to Get Over a Boy” by Chidera Eggerue (Quadrille)

In “How to Get Over a Boy,” bestselling author Chidera Eggerue will show you, once and for all, how to reframe the stale goal of finding a man. She will equip you with tangible and applicable solutions for every part of your dating life, helping you recognise that men hold as much power in our romantic lives as we grant them. In the past, dating books tend to lean more into the territory of “how to make him find you hot,” “how to make him jealous,” “how to get him to propose.” But these how-tos are placing men on a pedestal of being “the prize.” Men are NEVER the prize. You are. Let The Slumflower show you why.

“We Want Our Bodies Back: Poems” by Jessica Care Moore (Amistad)

Over the past two decades, Jessica Care Moore has become a cultural force as a poet, performer, publisher, activist, and critic. Reflecting her transcendent electric voice, this searing poetry collection is filled with moving, original stanzas that speak to both Black women’s creative and intellectual power, and express the pain, sadness, and anger of those who suffer constant scrutiny because of their gender and race. Fierce and passionate, Jessica Care Moore argues that Black women spend their lives building a physical and emotional shelter to protect themselves from misogyny, criminalization, hatred, stereotypes, sexual assault, objectification, patriarchy, and death threats. “We Want Our Bodies Back” is an exploration—and defiant stance against—these many attacks.