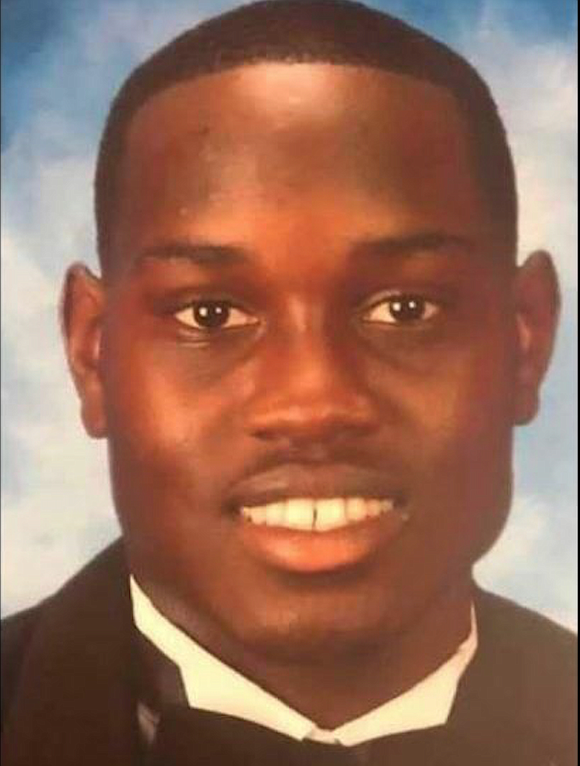 Even in the midst of the COVID-19 global pandemic, the infamous American tradition of

unarmed Black men being killed is still making its way to the forefront of society.

Ahmaud Arbery, 25, is the latest victim whose story now joins the headlines about the

coronavirus. Reports indicate he was fatally shot while jogging in a mostly white Brunswick,

Georgia neighborhood on Feb. 23 by white father and son Gregory and Travis

in their neighborhood and they say they were making a citizen’s arrest.

his race and murdered him without justification. This is murder,” the family’s attorney Lee Merritt said on social media.

A 36-second video of the incident was caught on a cellphone by William Bryan, who was also following Arbery in his vehicle. In the video, Arbery jogs up to a pickup truck where Gregory is

standing on the truck bed. Travis comes out of the truck with a shotgun. Arbery crosses from the

left side of the road to the right side. He is approached by Travis where the two struggle and

three shots are heard. Arbery is then seen collapsing face down on the street.

Barnhill also said no arrest should be made.

Video of the shooting surfaced last week and shortly after, Travis and Gregory were arrested

and charged with felony murder and aggravated assault––74 days after killing Arbery. Law enforcement reportedly told Arbery’s mother that he committed a burglary and that a struggle over a firearm is what killed him.

“I feel better. Now I have a sense of hope,” Arbery’s mother Wanda Cooper-Jones said. “At one

point, in the beginning, I didn’t have any hope that anything would ever be done about it

because I was getting all conflicting information.”

Outrage has ensued over the situation with protests took place in Atlanta in other places. Many

and his family,” Sharpton said. “The arrest last night of two of the three people involved is the

beginning of a legal process, it is not the end.”