COVID exposes how Blacks are in danger in medical facilities: Why family advocates are needed 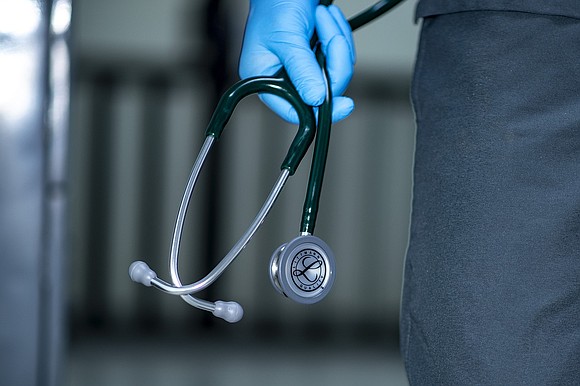 My mother prays every day that my father who has been in and out of the hospital over the past few years, won't have to suddenly go into the hospital during this COVID-19 pandemic. We know that when and if he does, he will likely die because my mother, who has always been my father's first responder, won't be able to be with him when he goes in. My mother has saved my father's life on more than one occasion. Once, when my father was told that he could go home from the hospital while he was still bleeding from the rectum. "It's probably diverticulitis acting up. He can go home." My father was ready, but Mom told the doctor he wasn't leaving until he could tell her why he was bleeding and the bleeding had stopped. "I have no way of giving you a transfusion at home if you need it," she told my father.

Another time was when he was overdosed in a rehab facility. Fortunately, Mom decided to drop by the nursing home before attending another errand. My father was despondent when she arrived and my mother realized what had happened before the nurse did and demanded that they call the ambulance immediately. He was slipping away.

COVID-19 is shining light on a health care system that has always lacked adequate oversight. The New Jersey Department of Health just released its first wave of self-reported COVID-19 totals. There are more than 18,000 cases throughout the state's long-term care facilities with an 18% fatality rate.

Aside from my family's personal experience and startling statistics, historically, Black people collectively, have never had reason to fully trust America's health care system. Statistics prove that Black people are dying from the coronavirus in disproportionate numbers to white people. Seventy percent of those who contract COVID-19 nation-wide and die of it are Black.

The US Surgeon General Jerome Adams and Dr. Anthony Fauci, the nation's leading experts on infectious diseases, both tried to explain the disparity was due to a number of factors that Black people have historically died from in disproportionate numbers to white people. "Underlying health issues like heart disease, diabetes, lung disease." Adams goes on to term it as part of the legacy of growing up poor and black in America. Other experts speak to the issue of Blacks having more exposure in forward-facing jobs that are less valued and have less protection. The multitude of factors stems from disparities that are tied to racism. Racism that goes back to the treatment and experimentation of enslaved Blacks to Tuskegee experiments on Black men to see how their bodies reacted to syphilis to eugenics experimentation on Black and poor communities. African-Americans know life or death hang on the issue of advocacy in a system that has never given African-Americans reason to trust it.

This documented history, documented racism runs in tandem with generations of family stories and today's statistics. Please excuse Black people if they are a bit paranoid about going into a hospital or nursing home facility by themselves without anyone else in there with them. It's not just about comfort. It's about making sure the rules in this tandem race are followed. It's about accountability -a necessary check and balance.