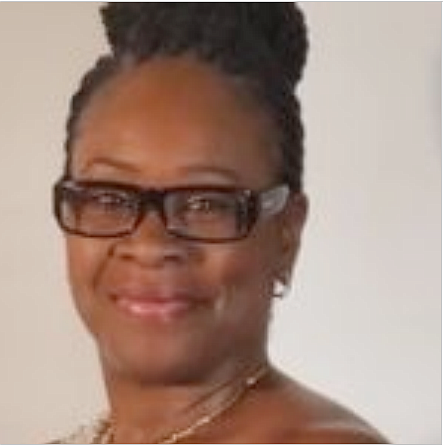 At 18 years old, due to a complicated relationship with her mother, Shernice Gatewood said that she and her daughter moved out away from home. She went to live with her boyfriend who is also the father of her child. Unaware of the signs, her boyfriend revealed himself to be abusive. “I thought he was more of my protector. I thought he was someone that loved me. He started cursing at me, then after a while he started hitting me with a remote control, then it went to a choke, and a smack. It was a lot and it really traumatized me,” Gatewood says. She thought about leaving, but she had no place to go, and was scared he was going to find her and hurt her.

She decided to end the relationship when her little daughter tried to get off the bed to help her mother who was hit by her father. That’s when she decided enough is enough. “I didn’t want my daughter to think that being in an abusive relationship is okay,” said Gatewood.

Years later she decided to achieve her education. She received her Bachelor of Sciences in Human Services from Touro College in 2012. She is now OASAS certified in Intimate Partner Violence, thrive NYC Mental Health, NYSDOH, and a certified Domestic Violence Life Coach.

Her struggles and experience inspired her to establish We Are Phenomenal Women (W.A.P.W.) in 2017. An organization representing and preventing women from domestic violence. W.A.P.W. educates women on safety plans, giving them tools, giving them the signs, and educating them on the key factors of an abusive relationship. “We all think we are in love, but we go to deep, and next thing we know we are in a domestic violence relationship,” said Gatewood. The organization teaches bystanders what to say if a friend or a family member is in a violent domestic relationship. One of the things that should not be said is, “You’re stupid,” or “You should get out.” These factors will keep a woman from wanting help.

W.A.P.W. is an organization for women but recently started offering programs to men. Men also go through domestic violence. Men can attend workshops and learn the signs of a controlling person or a verbally abusing girlfriend. Some women bring their husbands to workshops and Gatewood always makes sure women are comfortable and protected.

For any woman who is currently in a domestic violence relationship Gatewood said, “You’re not alone, we just need you to speak up, we need you to understand that there is a safe way out. Have a safety plan, if you need help to put together a safety plan you can reach out to W.A.P.W.” She presses that domestic violence is currently always occurring, and for the public to be aware that they can attend W.A.P.W. workshops. “Some people think that domestic violence is just a physical aspect, but when I tell people about spiritual, emotional, and verbal aspects it starts waking people up,” says Gatewood. Every two Saturdays of the month W.A.P.W. conducts free workshops on healing, changing your mindset, and trauma to empower women.

She emphasizes that in the last three years, domestic violence has increased beyond a spousal situation. Children, youth, and the LGBTQ community are experiencing domestic violence and it’s time to re-educate. For more information visit www.wearephenomenalwomen.com