Uncertainty pervades from Tokyo on through the five boroughs 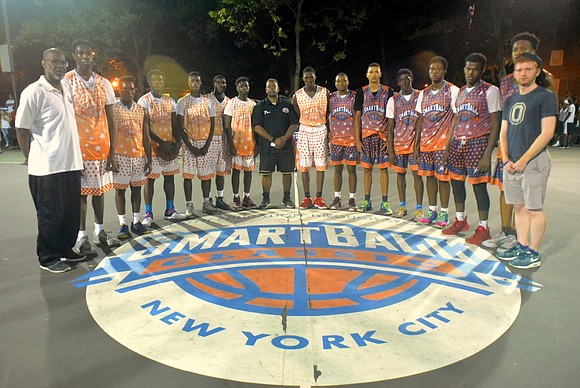 It took a lot to get to this point. They’d been reticent til now. As of last week, after all of the pressure put upon them to postpone the 2020 Tokyo Olympics, they finally agreed to make a decision within the next two-to-six weeks, but the dire situation has made it impossible to allow that amount of time to elapse.

On Tuesday, March 24, the International Olympic Committee and the Japanese government surprisingly agreed to postpone the Summer Olympics scheduled for July 24th to August 9th, due to the uncertainty of the coronavirus. It was announced by Japan’s Prime Minister Shinzo Abe. It’s the first time in Olympic history that a global health issue has interrupted the Games. Only war has interrupted it in the past.

Until now, the IOC and Japan’s government had insisted on playing the Games. They’ve been planning this for seven years. The NBC network has paid four billion dollars for the rights to televise it. The pressure from competing nations, athletes and Canada along with Australia refusing to participate were key in the decision to postpone it now.

The worldwide spread of the COVID-19 virus had also interrupted Olympic qualification procedures, and severely affected the training regimens of participating athletes around the world.

The Olympics is the most noted sports event effected thus far. The Penn Relays have been canceled. The Kentucky Derby and French Open have been rescheduled to dates in September. Major League Baseball, which had planned to begin their season today (Thursday, March 26) has postponed their start. The start of Major League Soccer is on hold too, as well as the decision on how the current NBA and NHL seasons will conclude.

The July 18th Deontay Wilder––Tyson Fury fight to be held in Las Vegas, the third of the trilogy, is being rescheduled for the fourth quarter.

The NFL hasn’t had to make a decision about their preseason and season yet, but the NFL Draft, which has become an event unto itself, scheduled for late April, is in question.

If the Olympics have been postponed, then what about Wimbledon scheduled for Monday June 29th through Sunday July 12th held in London, England? What about the US Open held for three weeks here in Queens beginning at the end of August? All international events. And what about the events that directly affect the youth of our community?

Organizers of summer leagues and tournaments like the Holcombe Rucker Summer Basketball League in Harlem, the Pre-Teen Tournament in Brooklyn and the Rod Strickland-Kyrie Irving Summer League in the Bronx would under normal circumstances, be preparing for their opening days in June.

George Ball, long time director of the Each One Teach One programs in Harlem is optimistic that their summer basketball tournaments will stay on schedule, “but we’re prepared to play it by ear,” said Ball.

“What’s important, as always, is the activities that are available for our youth. But now, there’s an added level of safety that we must be concerned about.”

Al White and George Littlejohn, directors of the Rucker and Pre-Teen summer leagues are preparing for their opening days (Father’s Day and Memorial Day Weekend) with the understanding that they may not start on time, or the possibility of not having a league this summer.

“All we can do is play it by ear,” White said. “There’s nothing we can do about the uncertainty.” Littlejohn agrees.

“There’s no back-up plan for the uncertainty,” Littlejohn noted: “We’re planning to play as usual this summer, but with the understanding that the season could be shortened, or not be played at all.”