St. John’s wraps a good season and looks to the future 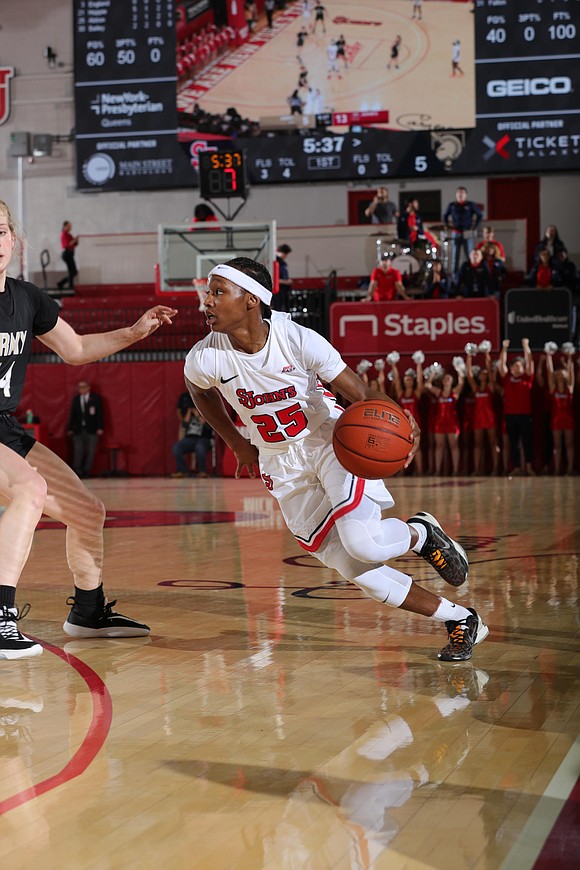 On March 15, the NCAA announced that championship brackets for the Division I men’s and women’s basketball tournaments will not be released. This mean’s St. John’s University women’s basketball won’t know if it earned a trip to the big dance, but the Red Storm’s 19-12 season, with an 11-7 record in Big East Conference play, did guarantee the team post-season play with a spot in the WNIT. Needless to say, the cancellation left coach Joe Tartamella disappointed after his players had stepped up throughout the hard-fought season.

“We had planned and prepared [the players] for the possibility that something could happen,” said Tartamella. “We practiced on Wednesday and Thursday [March 11 and 12].”

St. John’s had already made the decision to have students leave the dorms and take all courses online, so it came as no surprise when Tartamella informed the players they should go home. “Obviously, there’s disappointment that we worked that hard all the way through the year to get to this point,” said Tartamella. “For us to be back where we want to be and right on the cusp of the NCAA Tournament, finishing third in the conference, we felt really good about where we were.”

Decisions made for health and safety take priority, said Tartamella. While everyone understands, it is especially hard to say goodbye to the team’s three seniors, guards Alisha Kebbe, Shamachya Duncan and Alissa Alston.

“I’m really proud of how Alisha grew as an individual,” said Tartamella. “She’s been the heart and soul of our group many times, especially as she got older. We’ll miss how hard she played and the energy she brought us day in and day out. She was probably, in my time at St. John’s, the most unheralded player in our program.

“Machya’s been a model student-athlete,” he added. “She didn’t get probably as much [playing] time as she had hoped over her career, but she brought a positive team attitude every day and helped us more than she knew in the way that she prepared for games.”

Alston, who played just one year at St. John’s after transferring from Ole Miss, brought SEC grit. “Extremely talented, brought a different energy to us,” said Tartamella. “Brought a toughness to our team. Always worked hard. It was great to see her succeed and win for the first time in her career.”