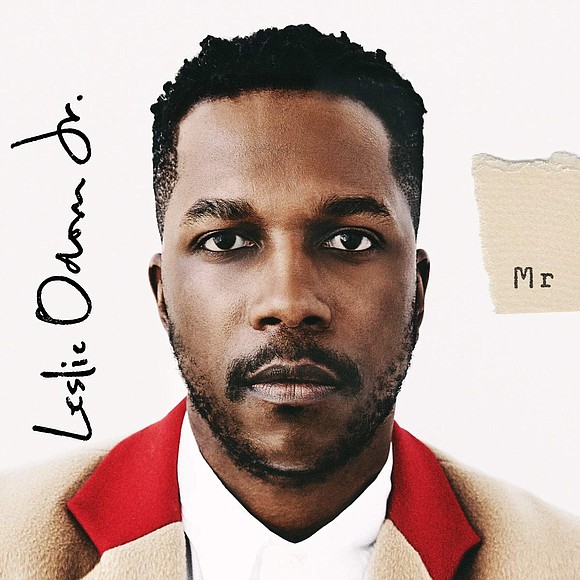 Leslie Odom Jr., a highly successful actor who is most known for his role as Aaron Burr in the internationally acclaimed musical “Hamilton,” has appeared in television shows like “CSI: Miami,” “Law & Order: Special Victims Unit” and recently starred in the 2019 film, “Harriet,” a movie based on the life of Harriet Tubman.

Before the outbreak of COVID-19, Odom Jr. was extremely excited about embarking on his first tour to support his newest album, “Mr.” The 38-year-old had more to say about his new album than just the excitement of touring. He had a brief conversation with the New York Amsterdam News about a new beginning, taking on challenges and balancing the success of his acting career with creating new music.

AmNews: Tell me about the process of deciding to become a solo R&B musician while balancing your successful acting career.

Leslie Odom Jr.: It’s all been about taking on the next challenge. The first year I began acting I was surviving it without a survival job. I don’t know how I did that but I had a little recurring role, but when I look at the actual gigs that I worked I worked less than 14 days. You make do. I had a roommate, I lived without a car that first year, so I think I made 15 or 20,000 dollars a year. But over time things got better.

Now, I have this freedom of choice. Success looks to me now like achieving things that I feel are worth my time. What’s the next challenging thing? How am I going to grow and stretch myself? I want to do something I’ve never done before, and that’s the box that I’m checking. I made an album that I’m really proud of. I want people to love it as much as I do.

AMN: It must be an interesting journey to have a first at this point in your career. How was the creative process?

LOJ: The creative process was wonderful. I’ve learned a lot from the things that I have been a part of that have been the most successful. The process is the most creative, loving, egalitarian environment, even in the development and rehearsal stages. I got together a little family, a camp of artists who I believe in. It’s a collective of 11-12 people. We wrote the songs together and I couldn’t have done it alone.

AMN: What is your goal for “Mr.?” Do you want to go to the top or is it specifically just about the art and the new adventure?

LOJ: The top is relative. This already feels like a major milestone for me. I’d like to take this as far as it can go. I have to balance everything with shooting films. I have the “Soprano’s” prequel coming out which is about the life of young Tony. I have a great role in that. I just finished Regina King’s directorial debut about four great men: Malcolm X, Cassius Clay, Joe Brown and Sam Cook. So, I balance music with that, but for me, I’ve already exceeded my wildest dreams.