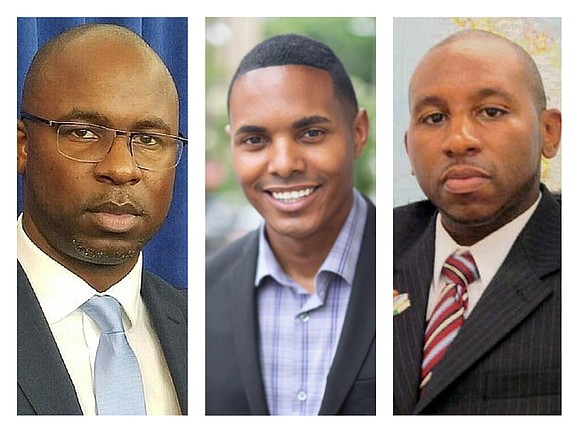 Amid the COVID-19 pandemic, New Yorkers participated in Tuesday’s primary election whether by early voting, absentee ballot or voting in person.

Several Black candidates won key races as the nation also faces a reckoning when it comes to race relations. Tuesday’s primary election occurred in the aftermath of the Minneapolis police killing of Black, unarmed George Floyd and on the day of the funeral of Atlanta police killing victim Rayshard Brooks.

However, Tuesday’s election came with headaches at polls, which appears to be becoming routine. The AmNews received reports of polling locations opening late, broken machines, ill-tempered poll workers and even candidates’ names missing on ballots. A reported 30,000 voters who requested absentee ballots did not receive them in the mail

One disturbing error was that many voters could not vote in Tuesday’s primary election for the Democratic Party’s presidential candidate. Ballots for the race were not given to voters at several polling places. While Sen. Joe Biden is currently the presumed Democratic Party nominee after all of the other candidates dropped out, a federal judge had allowed the names of the 11 other former candidates to be on the ballot. A lawsuit was filed by former candidate Andrew Yang and Sen. Bernie Sanders supporters.

One example of the error came from the Bronx where voters at P.S. 85 Great Expectations polling site were not given the two sheets to vote for the Democratic presidential candidate. One voter asked a poll worker about the ballot and the worker replied that Biden was the nominee.

The AmNews reached out to the city’s Board of Election about the error and did not receive a response at press time.

Results for the primary have been announced, however many races have yet to have a confirmed winner due to the hundreds of thousands of absentee votes that need to be counted.

Officials say a final tally could take several days. In what is believed to be one of the most-watched races in the nation, middle school principal Jamaal Bowman took a sharp lead to victory over incumbent Eliot Engel in the District 16 Congressional race in the Bronx and Westchester County. As of Wednesday, Bowman had over 60% of the vote.

The race was marred by controversy by Engel who reportedly said on a hot mic during a recent rally in the wake of the killing of George Floyd, “If I didn’t have a primary, I wouldn’t care.”

“Eliot Engel used to say he was a thorn in the side of Donald Trump, but you know what Donald Trump is more afraid of than anyone, anything else? A Black man with power,” Bowman said on Tuesday.

In the Queens Borough President’s race, City Council Member Donovan Richards had a strong lead taking nearly 37% of the votes over four candidates in the race. Donovan said in a statement released Wednesday, June 24 that he was encouraged by the results so far. “I commend my competitors for running a good race that put the issues affecting our borough at the forefront of the campaign,” Donovan said. “While we want to ensure that every vote is counted, I’m looking forward to the race in November and ultimately serving all of our communities as Queens Borough President.

“I’m proud of the campaign that I’ve run,” Torres said. “I’m proud of the grassroots support that we had in the South Bronx. But I’m insistent that we have to count every ballot because any declaration of victory is premature before the counting of every vote.”

In other races across the city, Democratic Male District Leader for the 60th Assembly Keron Alleyne lost his State Senate race in Brooklyn’s 19th District against incumbent Roxanne Persaud. In an attempt to get back into politics, Jesse Hamilton lost his bid to be in the State Assembly representing Brooklyn’s 43rd District to incumbent Diana Richardson. In Brooklyn’s Female State Committee 57th Assembly District race, Olanike Alabi is in a dead heat with Shaquana Boykin with Alabi getting 35% of the vote and Boykin getting 37% of the vote.