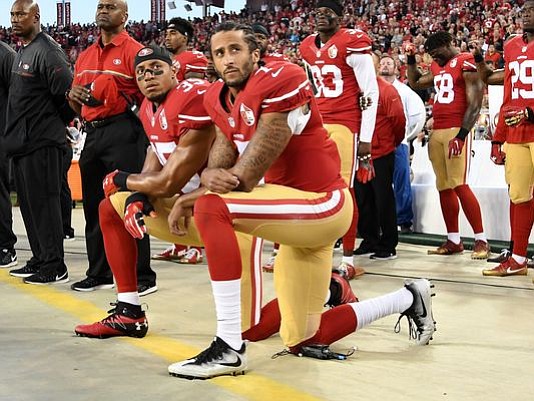 NFL owners need to step out from the shadows.

Last Friday, NFL Commissioner Roger Goodell sought atonement for being complicit in the marginalization and suppression of the league’s players’ calls for racial and social justice in this country.

In a video statement, Goodell conceded, “We were wrong for not listening to NFL players earlier,” regarding police brutality and the many unjust killings of Black men and women by law enforcement officers and vigilantes. Protests by players were initiated by former San Francisco 49ers quarterback Colin Kaepernick in August of 2016, when he began to innocuously kneel on one knee on the sideline during the presentation of the American national anthem.

“Without Black players, there would be no National Football League,” Goodell continued in the roughly one minute, 30 second video, “and the protests around the country are emblematic of the centuries of silence, inequality and oppression of Black players, coaches, fans and staff.”

Indeed, Black players comprise about 70% of the NFL. Goodell, who assumed the position of commissioner in 2006, conspicuously did not mention Kaepernick, who has effectively been blackballed by owners since opting out of his contract with the 49ers in March of 2017 and becoming a free agent.

Only Goodell and a higher power knows the purity of his heart, but his actions have and will resonate eminently louder than his words. However, it’s dubious that his epiphany occurred after polls showed most of the country is appalled by the May 25 murder in Minneapolis of a Black man, George Floyd, by a white police officer, Derek Chauvin, which has sparked multi-racial, multi-generational global protests.

Moving forward, it is imperative Goodell directly address the ostracization and career assassination Kaepernick experienced, and explicitly apologize to him for not uncompromisingly supporting a critical cause to save lives. Afterwards, the commissioner should transparently advocate for owners to provide Kaepernick a fair opportunity to earn a roster spot if the 32-year-old QB chooses to resume playing.

Goodell must lay out detailed, actionable plans that the NFL will execute to ensure Black coaches and executives are afforded more than token interviews and given viable pathways to head coaching and high-level front office positions. Additionally, the league would be perilously negligent to not proactively amplify their partnership with players in the dramatically expanding social justice movement.

As for Goodell’s bosses, the owners, who collectively control the NFL and dictate the messaging, their honest explanation for attempting to censor players and an endeavor to reconcile their backing of an unmistakable racist in Donald Trump should be much deeper. Already unimaginably wealthy, some if not most succumbed to their ostensibly uncontrollable avarice and chose to advance their weighty economic power over fundamental morality and elemental decency when they aligned themselves with Trump through financial contributions to his campaign, although he had long ago revealed himself to be demonstrably immoral and indecent.

Owners such as the Dallas Cowboys’ Jerry Jones and the Miami Dolphins’ Stephen Ross cannot justifiably separate their capitalistic concerns from Trump’s cataclysmic ideology. They should summon the courage to engage in a soul bearing, teachable moment with their players on why they went all in with Trump, who subsequently threatened to disrupt their bottom line by swaying the views of his cultish MAGA followers on players’ protests. He bullied owners into backing off any semblance of unified support for silent pre-game demonstrations through tweets and verbal declarations dripping with racially and culturally divisive undertones.

The players should press owners on them being acutely knowledgeable of Trump’s racist composition before digging into their pockets to help elevate him to the most consequential position in the world, dating back to a 1973 federal housing discrimination suit, in which strong evidence determined him and his father, the late Fred Trump, attempted to exclude Black men and women from renting apartments in some of their company’s (Trump Management) residential holdings. There is a plethora of other examples of Trump’s virulent racism which did not deter owners.