Ameria Alleyne’s educationally fueled passion for a life of empowerment 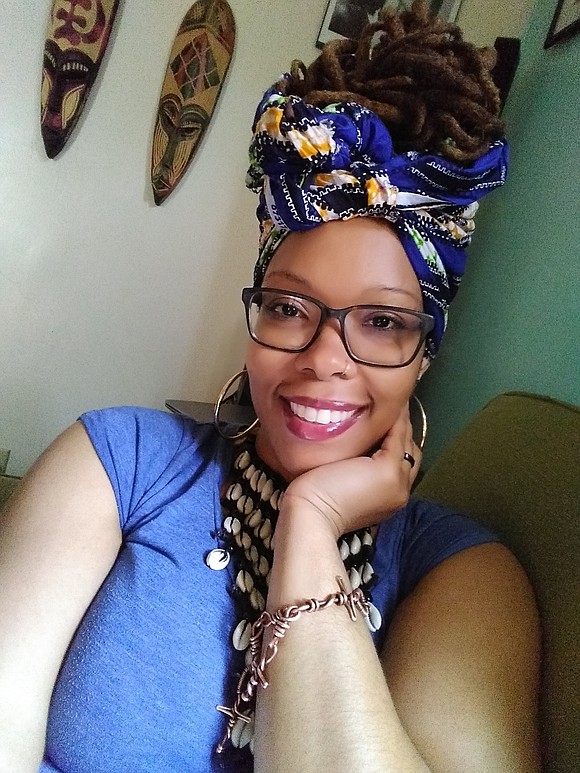 Growing up as a first-generation American child from Trinidadian immigrant parents, most of Ameria Alleyne’s fondest memories are infused with education. Her mother was an avid reader. The adults and family members around her during childhood were formal and non-formal teachers. They all positively influenced Alleyne’s passion for education and teaching others. She was exposed to different learning experiences of her mother and great aunt, who both had inspiring, wise minds which shaped Alleyne’s views of the world. She credits her childhood passion for education as a way of building her own identity. “Through my education, I was able to build my identity and my culture. I was able to establish within myself with these experiences so I’m unapologetically Black and a woman.”

Raised in Brooklyn, New York, Ameria Alleyne grew up differently from her Black friends, whose families have lived in the United States for generations. There were specific conversations Alleyne’s parents didn’t have with her. The struggles of a life in Trinidad do not reflect the struggles of being a young Black person in the United States. Learning about the struggles of Black Americans from her friends and first-hand experiences was a culture shock to Alleyne. She understands how a child’s first taste of education sets the tone for how they view learning. As well as how essential education is for younger generations; it fulfills her part in positively educating. “That’s what I want from my youth, without necessarily bombarding them because I had great influencers and they weren’t bombarding me with information.”

Alleyne is a community educator who has been working at afterschool programs, independent contract work with the Department of Education and teaching youth for 15 years. She has been involved in activism activities since her adolescent years. When she was only 12 years of age, Alleyne organized a group of girls at her middle school to fight a mandatory school policy which mandated that female students could only wear skirts, even during very cold months. Her mother was completely aware of her actions and fully supported her when the middle school called to inform Alleyne’s mother of her young activist actions. Alleyne’s goal has always been to empower the youth she works with. Now at 33 years old, Alleyne is happily married to her activist husband, Keron. The couple have many brainstorming conversations together, supporting each other’s individual work as well as their joint endeavors. “We’re always aligned with each other,” she highlighted. “I’m in full support of everything that he does.”

Alleyne and her husband protest on the front lines together in the fight against injustices of African Americans in the U.S. The overwhelming recent killings of unarmed Black men and women throughout the country at the hands of police officers have led to nationwide protests, demanding that excessive force against Black Americans be stopped. Ameria Alleyne and her husband were peacefully protesting this past Friday night when cops became aggressive. She felt targeted by the NYPD for being vocal at Barclay’s Center. “If I choose to say something, it’s well within my rights. I’m not spitting, I’m not hitting, I’m not hurting.” A scuffle with the cops contributed to her and her husband’s arrests. “By the time we were arrested, it happened so quickly. These male officers were pulling my arms and legs. I see [Keron] being pulled. [The cops] did punch a few times on his side and his face.” They were released several hours later.

America Alleyne has been protesting for years, even while pregnant and with her son as a baby. “Literally as a newborn, one week old, he was with me in that pouch,” she said. Alleyne has not brought her 3-year-old son along to the on-going protests in Downtown Brooklyn because of safety reasons. With Alleyne’s strong education background alongside her husband’s activist work to better their community, she knows how crucial it is for their son to grow up in a world where injustices against Black people are very little to none. “I continue to inform him as much as possible. The informing is through love. When there’s love, there’s a lot of passion that comes out of it, as well as more direction. When you are fully loved, you feel as though you are fully supported.” Alleyne also shared that both her and her husband have regular, simple conversations with their son about current events.

What happened to Alleyne and her husband Friday night was the first-time things escalated to an arrest during any of their protests. However, that night will not deter the couple from future protests. Alleyne said she was calm during her arrest and credited her ancestors with spiritually protecting her. “When you close your eyes and you see something you are not able to identify, it is the ancestors that have my back and my husband’s back.”