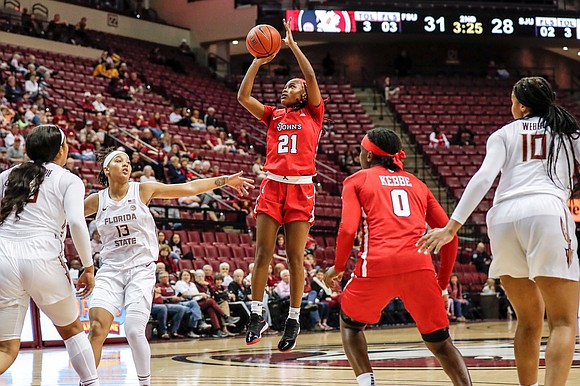 After months of uncertainty, the picture for intercollegiate athletics is coming into view. As more and more institutions and conferences announce that fall sports won’t be taking place, colleges and universities are also trying to put plans in place so that student-athletes will be ready to compete when the opportunity finally arises. Let’s take a look at what is going on at Division I schools in the New York area.

The Ivy League, the conference in which Columbia University competes, announced in early July that its programs would not compete in sports during the fall semester. This includes sports such as tennis, cross country, soccer, women’s volleyball and field hockey.

Part of a statement from the Ivy League Council of Presidents read: “We are entrusted to create and maintain an educational environment that is guided by health and safety considerations. There can be no greater responsibility—and that is the basis for this difficult decision.”

St. John’s University in Queens and Seton Hall University in New Jersey both play in the Big East Conference. In mid-July, the conference announced there would be no non-conference competition for fall sports. The Big East will continue to monitor scientific information about COVID-19 and make additional decisions.

Hofstra University on Long Island announced the suspension of all fall sports. “While our fall sports teams will not be competing, we will continue to plan for the return of our athletic teams to their respective fields of play,” said Hofstra vice president and director of athletics Rick Cole Jr. As possible under health and safety guidelines, practice and strength and conditioning opportunities will be available.

The Atlantic-10 Conference, in which Fordham University in the Bronx competes, has announced the postponement of all fall sports. Following careful safety protocols, student-athletes will return to campus and participate in modified practice and team activities that will enable them to regain full condition.

The Northeast Conference, in which both St. Francis College and Long Island University in Brooklyn and Wagner College in Staten Island compete, announced a delay in fall sports. “With the health and safety of our campus and athletic communities at the forefront, the NEC Presidents are utilizing a set of guiding principles to assist in their decision-making around the resumption of sports this fall,” said NEC commissioner Noreen Morris.

As of now, it appears that winter and spring sports will take place, although likely there will be limitations on spectators.