Can the MLB season survive the COVID-19 crisis? 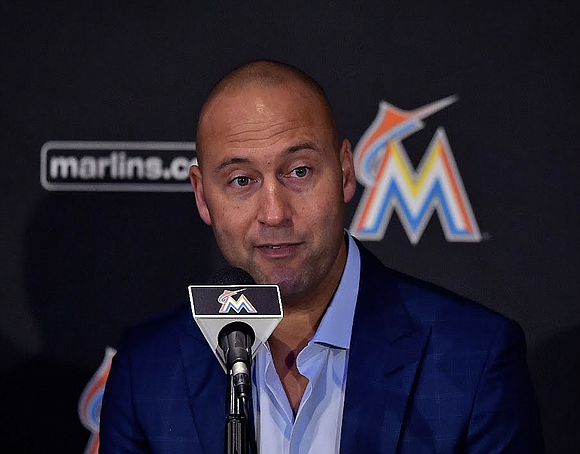 Major League Baseball has become a microcosm of this country’s coronavirus crisis. The players, owners and commissioner Rob Manfred are on a track that is leading them to ultimately decide if the season will be shut down.

It became their reality when an outbreak of COVID-19 befell the Miami Marlins. Between last Friday and this past Tuesday, 15 players and two staff members of the Marlins had tested positive. The cases have resulted in the suspension of Marlins games at least through this weekend. They were scheduled to begin a four-game home-and-home series against the Baltimore Orioles on Monday and then host the Washington Nationals in Miami tomorrow (Friday) through Sunday.

Florida, and particularly Miami, has had to confront an alarming spread of coronavirus over the past month. On Tuesday, Florida reported 9,230 new cases of COVID-19 and 186 deaths caused by the virus. It was the most reported single day fatalities in the state since the beginning of the pandemic in March.

“Given the current circumstances, MLB believes that it is most prudent to allow the Marlins time to focus on providing care for their players and planning their Baseball Operations for a resumption early next week,” the league said in a statement.

“We continue to take this entire situation very seriously,”said MLB Hall of Famer and Marlins CEO Derek Jeter in a written statement. “All of our players, coaches and staff are understandably having a difficult time enduring this experience…we reached out to the Commissioner’s Office with concern for the health and safety of our team as well as our opponents.”

Indeed it is not just the Marlins that have been impacted by the team’s rash of positive cases. After playing a three-game series versus the Marlins in Philadelphia last weekend, the Phillies four-game home-and-home series against the Yankees, which was set to start on Monday in Philadelphia then move to the Bronx yesterday (Wednesday) for two games, was postponed to mitigate the potential spread of the virus by Marlins players and staff.

While Manfred’s optimism is understandable, the fact of the matter is the novel coronavirus has penetrated many of the world’s most stringent protocols established by healthcare facilities, well resourced corporations and sports leagues among other entities.

The NBA has not had any positive tests since its return on July 30 as they operate in a secure bubble at the Walt Disney World Resort and ESPN Wide World of Sport Complex near Orlando. However, data and odds show they will also inevitably have positive tests.

Conversely, baseball is not functioning in a bubble and despite just starting their truncated 60-game season on July 23, they may soon reach a critical crossroads.