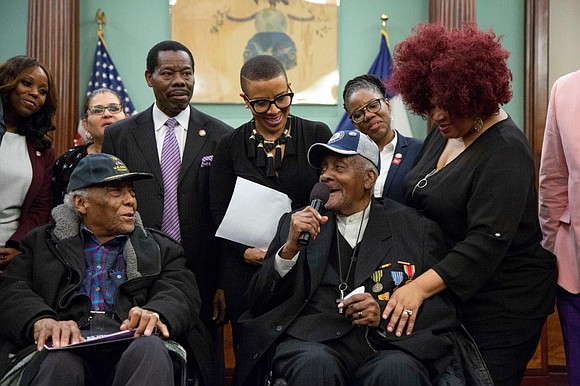 Blakely was born on Jan. 8, 1920 in Arkansas and enlisted in the United States Navy in September 1939. He was stationed abroad during the Pearl Harbor attacks, shipmate to the notable Doris “Dory” Miller. Later during World War II, Blakely served aboard the USS President Jackson in major combat operations in the Pacific Theater, including the battles of Guadalcanal, Iwo Jima, the Marshal Islands and Guam, helping to transport troops to the battlefield and evacuate the dead and wounded.

Blakely was presented with a proclamation signed by Speaker Corey Johnson and more than 30 members of the City Council.