Jeter inducted into the Hall with an almost unanimous vote 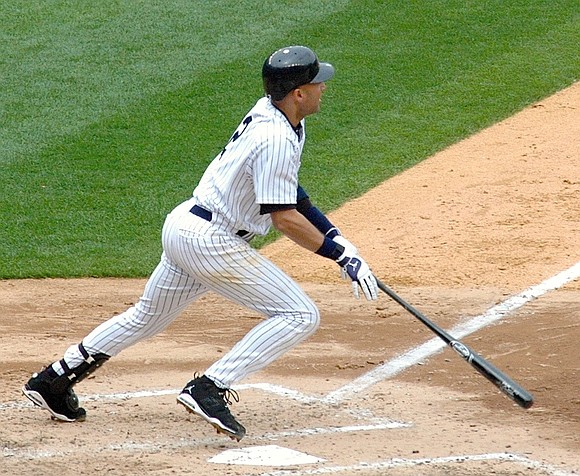 Retired New York Yankees shortstop, Derek Jeter was voted into the National Baseball Hall of Fame on Tuesday afternoon, as everyone expected. A first ballot Hall of Fame, the only question was, would the vote be unanimous?

There are 367 baseball writers who voted as part of the Baseball Writers’ Association of America. Only one of the 367 didn’t vote for the Yankees’ former captain, a five-time World Series champion to make it in. Trying to find out the writer who didn’t vote for Jeter has also become a story. Almost as big.

Taking the high road, Jeter, now CEO and part owner of the Miami Marlins since 2017, noted, “That’s not something on my mind. I’m just extremely excited and honored to be elected.’’

Mariano Rivera, also a former Yankee, once their star reliever, is the only player ever voted unanimously to the Hall on the first ballot.

Players nominated must receive 75% of the vote to be inducted. They can remain on the list to be voted on for 10 years. This was Jeter’s first year on the ballot.

“Look at all the votes that I got. Trying to get that many people to agree on something is pretty difficult to do.”

Jeter, now 45, the American League’s 1996 Rookie Of The Year, played 20 years with the Yankees, his entire career, from 1995 to 2014. Jeter was a 14-time all-star and a 5-time Gold Glove awardee. His number, 2, was retired and is honored with all of the other Yankee greats in the stadium’s Monument Park.

Jeter, known for his exciting, timely and clutch plays, will be officially inducted with all of the pomp and circumstance on July 26 at the National Baseball Hall Of Fame located in Cooperstown, New York.

Also inducted will be outfielder Larry Walker, 58, who played with the Montreal Expos and the Colorado Rockies. Walker was on his last year of eligibility.

Catcher Ted Simmons, 71, who played with the St. Louis Cardinals, the Milwaukee Brewers and the Atlanta Braves and former head of the players’ association, Marvin Miller, will also be inducted.