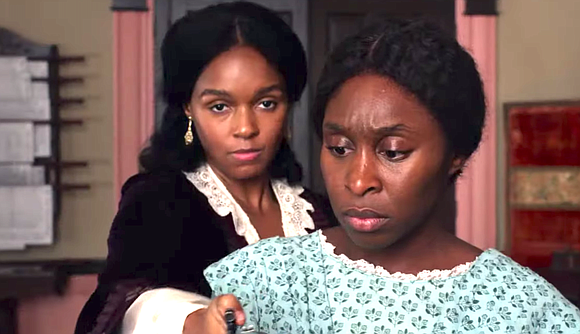 Queen Elizabeth has agreed to let her grandson, Prince Harry, and his wife, Meghan Markle, step back from their royal family duties and live part-time in Canada. In other Sussex Royal news, sources close to Michelle and Barack Obama say that reports the former First Couple have offered advice to or even been in contact with Prince Harry and Duchess Meghan over their step back from the Royal Family are totally false. Meanwhile, Oprah Winfrey did not exactly deny that she gave the Duke and Duchess of Sussex advice. Her exact words in a statement to Entertainment Tonight were: “Meghan and Harry do not need my help in figuring out what’s best for them. I care about them both and support whatever decision they make for their family.”

WarnerMedia, The Brookings Institution, and Hutchins Center for African and African Research at Harvard University hosted a conversation and film screening of Warner Bros. Pictures’ “Just Mercy” at the National Museum of African American History and Culture in Washington, D.C. on Jan. 11. Directed and co-written by Destin David Cretton, “Just Mercy” tells the true story of attorney Bryan Stevenson, played by Michael B. Jordan, and his fight to defend Walter McMillan, played by Jamie Foxx, a man wrongfully convicted of murder and sentenced to death. The film opened at No. 4 with $10 million in the box office, and is in theaters nationwide. The evening’s program included remarks by the Rev. Al Sharpton, founder and president of National Action Network.

Congratulations to actress Cynthia Erivo for receiving two 2020 Oscar nominations for “Harriet,” Best Actress, as well as Best Original Song for “Stand Up,” which she co-wrote the music and lyrics for along with Joshua Brian Campbell. Already a Tony, Emmy and Grammy winner, this moves Erivo towards EGOT status. While Erivo celebrates, according to reports, superstar potential first-time nominees like Beyoncé were snubbed. She was denied a best original song nomination for her “Lion King” contribution, “Spirit.” And, Eddie Murphy’s “Dolemite Is My Name” and past Oscar winner Jamie Foxx who was in “Just Mercy,” had also been talked about as a potential Best Supporting Actor nominees.

It was lucky sevens for Spotify at CES in Las Vegas––with the 7th annual Spotify Supper at CES event on Jan. 7. Bringing together the who’s who of tech, music and culture, the event celebrated innovation across the industry with a night of music, conversation and connection at the MGM Grand’s Hakkasan. Ludacris gave a live, high-energy show, performing crowd favorites including “My Chick Bad,” “How Low” and “What’s Your Fantasy?” The crowd, including Paris Hilton and “Chicago PD” actress Sophia Bush, sang along to each and every Ludacris hit.