Scoring has become a challenge—will home games provide some relief? 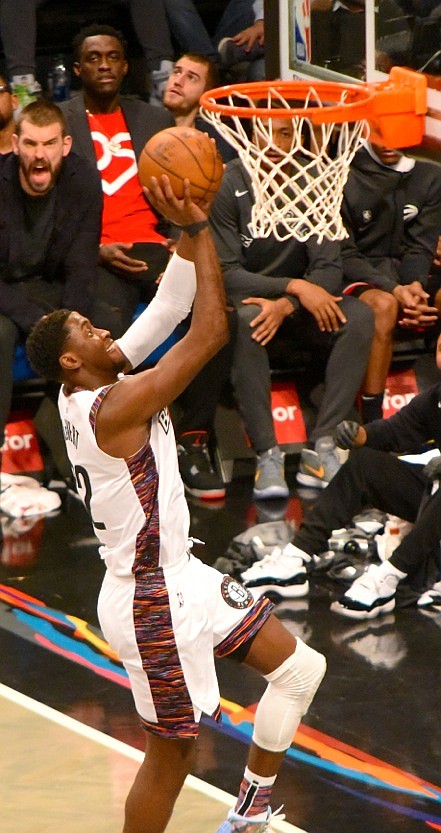 Maybe the month of January can bring some relief to the Brooklyn Nets. They’ll spend less time on the road, having ten scheduled home games this month at Barclays Center, the most home games in one month for them during the seven month NBA season.

Brooklyn will have nine scheduled home games in March, their second most this season. Four games are scheduled for February, along with the all-star break. There are three in April, but that can increase based on the Nets’ ability to qualify and advance in the post season.

After losing to the Toronto Raptors at home on Saturday night, the Orlando Magic on the road Monday, and a seventh consecutive loss Tuesday night at home to the Oklahoma City Thunder, 111-103, the Nets host the Miami Heat tomorrow evening (Friday), the Atlanta Hawks on Sunday, and the Utah Jazz Tuesday. Time at home to deal with the losses.

Unlike several of the other recent losses, Brooklyn played competitively throughout the game, four quarters.

“We played some really good basketball. That’s the shame about it,” noted Nets head coach Kenny Atkinson. “The defense was pretty good.”

Despite some key shots at the end scored by Chris Paul, “the defense was pretty good,” Atkinson continued, his team tying up OKC at the end of four quarters, 101-all, but Brooklyn was outscored 10-to-2 in overtime. “Our offense is just not where it needs to be.” Scoring has become a challenge for Brooklyn.

Caris LeVert has returned to the roster after sitting out 24 games due to a thumb injury in late November. His first game was Saturday against the Raptors, 13 points in 16 minutes off the bench. He sat out the next night in Orlando, a back-to-back and dropped 20 points in 22 minutes against the Thunder on Tuesday. His minutes are being restricted to get his energy up and reacclimate him to the game. LeVert sat the entire overtime period.

“That’s how we work,” explained Atkinson. “We were thinking about his long-term health.” Their decision is made beforehand, “and we stick with it.”

Taurean Prince led all Net scorers against the Thunder with 21 points. Spencer Dinwiddie contributed 14 after only hitting 16 in Orlando, his lowest point totals since November.

Brooklyn’s seven losses have put them four games under five hundred, 16-wins, 20-losses. The losing streak has also displaced them from a 7-seed to the eighth. They’ll also face the Milwaukee Bucks, the Philadelphia 76ers, Los Angeles Lakers, Detroit Pistons and Chicago Bulls at Barclays this month, which the Nets may also find challenging.