What teams are blossoming in the Garden State? 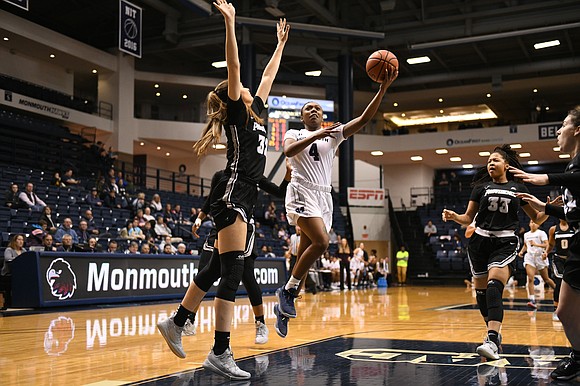 There is plenty of Division I women’s basketball action in New Jersey. Here is where the teams stand at the start of the new year.

Nationally ranked at the conclusion of 2019, Princeton is enjoying another strong season. Under new head coach Carla Berube, the Tigers are 12–1. The team starts Ivy League play with a game against University of Pennsylvania on Jan. 11 and then has its annual three-week break for exams before diving into conference action.

The Scarlet Knights are 11–1 and began Big 10 conference play with a win over Wisconsin. Red shirt junior guard Arella Guirantes is the leading scorer, averaging an impressive 19.4 points and 7.5 rebounds per game.

The Hawks are heading into MAAC play with a 4–6 record. The team’s leading scorer is senior guard Sierra Green, who is from Queens. The leading rebounder is sophomore forward Lucy Thomas.

The Highlanders are off to a 3–9 start. Atlantic Sun Conference play begins with a home game on Jan. 4 against Liberty. Then the team heads to Florida for two conference games the following weekend.

Seton Hall opened Big East Conference play on Sunday with a win over Butler. The Pirates are currently 8–4. Junior guard Desiree Elmore is leading the offense, averaging 16 points and 7.9 rebounds per game. Big East Preseason Player of the Year Shadeen Samuels is back in action after missing four games due to injury.

In its first season under head coach Angelika Szumilo, Fairleigh Dickinson is 3–8. Junior forward Madison Stanley is the team’s top scorer, averaging 13.4 points per game. Senior forward Lauren Francillon is also a valuable contributor for the Knights with an average of 12.8 points and 9 rebounds per game.

So far, so very good at Rider with the Broncs at 6–2. Senior guard Stella Johnson, MAAC Preseason Player of the Year, is averaging a blistering 28 points per game, which makes her the top scorer in D I. She scored a season high 41 points in a game against Lipscomb.