The Knicks try to balance chasing wins and developing players 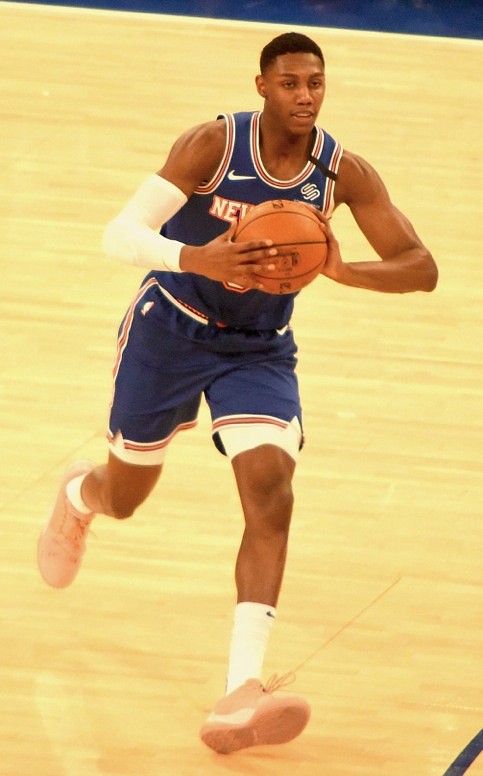 Knicks rookie RJ Barrett is second on the team in scoring (13.6) and minute played per game (30.5). Bill Moore photo

For the Knicks, the simultaneous priorities of winning games and developing their young players may seem conflicting.

After signing a plethora of veterans on short-term contracts last summer as a result of falling short of acquiring transformative franchise talent on the free-agent market, the Knicks entered this season endeavoring to accelerate the growth of second year players Mitchell Robinson, Kevin Knox and Allonzo Trier, third year guards Dennis Smith and Frank Ntilikina, and rookie RJ Barrett while being anchored by its new additions.

The efficacy of the Knicks’ blueprint has been minimal and led to the firing of their former head coach David Fizdale this past Dec. 6, only 104 games into his tenure, and the removal of Steve Mills a little over two weeks ago as the team’s president. The Knicks host the Indiana Pacers tomorrow at Madison Square Garden coming off the NBA’s All Star break with a record of 17-38, the fifth worst in the league when the Association’s schedule resumes tonight.

They have 27 games remaining and sweeping front office changes on the horizon. The new president, widely expected to be current Creative Arts Agency agent and Cherry Hill, New Jersey native Leon Rose, will undoubtedly institute a new design of building the franchise and likely bring in a new coaching staff. The timing of when Rose is officially named the Knicks’ president may determine how Mike Miller, the team’s interim head coach who was an assistant under Fizdale before replacing him, will steer the next six weeks.

Rose may insist Miller allocate the bulk of the minutes to the Knicks’ young players to gain a more comprehensive evaluation of their skill set with winning games an important but secondary consideration.

Conversely, he may instruct Miller to continue to try to balance the development of Robinson, Knox, Ntilikina et al. and still allot meaningful playing time to veteran starters Elfrid Payton, Reggie Bullock and Taj Gibson. Julius Randle, the Knicks’ leading scorer (19.3) and rebounder (9.6), almost certainly will stay near his current user rate of 32. 8 minutes per game, which is also first among all Knicks. Barrett is the only starter among the younger collective and is second on the team in average minutes per game at 30.5.

Following the Knicks’ 114-96 loss to the Washington Wizards at the Garden last Wednesday, both teams’ last game prior to the All-Star break, Miller addressed the question of whether the Knicks should place an emphasis on the progress of its young players as opposed to gaining wins.

“I think there are other ways and other factors,” Miller expounded. “Certainly they need experience. Experience is maybe the best teacher at times and they’re getting some experience as they go through it. So we’re going to continue every day to work on development. Get guys better and move forward. As we said as we do that it puts us in a position where you have a chance to win games too.

Miller has been placed in a difficult situation, taking over a team that was 4-18 when Fizdale was fired. The issue of navigating winning versus development and if both can at once be achieved is one which the incoming Rose will soon address.