Keep an ‘eye on’ iron 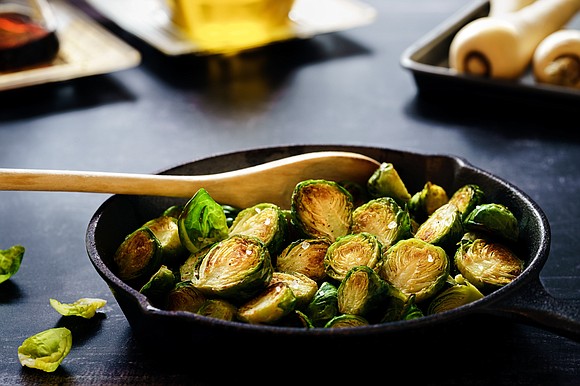 My first recollection of the importance of the word “iron” is when my mom would get up at 4 a.m. and begin to wash and “iron” clothes for the elite to supplement my father’s hard-earned but meager wages. I could hear her knuckles rhythmically rubbing clothes on a washboard, sometimes humming the sacred song “Precious Lord, Take My Hand.” After the washed clothes were bright as the sun that dried them, she would have to iron them all to perfection. My brother and I would deliver the refreshed clothes to her customers when we returned from school. In return, we would pick up bags of soiled clothes to bring back home so that she could start the ritual of busting suds for survival the next morning. My mom and dad came to my graduation when I finished medical school. We survived.

The next time iron became important to me was when I studied this very important element in medical school and found that its deficiency could lead to disease, causing iron-deficient anemia; or over-absorbed, causing a medical condition known as hemochromatosis. Iron is necessary for the production of red blood cells in the bone marrow. Iron can be found abundantly in foods such as beef, beans, kale, whole wheat bread, chickpeas, fortified cereals, tonics, over-the-counter vitamins and even from that old iron frying pan or pot. Iron is especially needed during pregnancy and in young, growing children. However, a good thing can also be dangerous if absorbed in high quantities. It is estimated that the average person needs 10 to 18 mgs daily. This is the recommended daily allowance (RDA).

When iron is absorbed from the intestines in excessive amounts due to a genetic defect, it is deposited in the skin (bronzing), pancreas, liver, muscles and heart. This leads to organ failure.

Patients with hemochromatosis experience fatigue, abdominal pain, immune dysfunction, irritable bowel syndrome, hair loss and explosive diarrhea. Often, this condition is misdiagnosed, and a simple blood test will confirm it. It is treated by periodically removing blood via phlebotomy (the surgical opening of a vein in order to remove blood in the treatment of polycythemia).

The eating of Argo laundry starch was a great cause of iron-deficiency anemia in African American women. This craving for the starch was related to eating red and white clay in the southern U.S. and Africa. Finally, after the dangers of eating this material was revealed, the company placed on its box, “Not Recommended For Food Use,” and the product was produced in powder form and could not be chewed.

Excess iron can also become toxic to the body because it encourages the growth of bacteria, parasites, protozoa and cancer cells. It appears that anemia may have played a historical role in keeping a body healthy from these organisms. Recently, iron has also been connected with cardiovascular disease and may be more important than elevated cholesterol. We shall see.

It is “I-ron-I-cal” that women live longer than men due to the fact that they decrease their iron load during their menstrual cycle. On the other hand, women lose that advantage during menopause.

It’s important to read the labels of all health products in order to control the amount of iron that is ingested. Too much or too little of a good thing can be destructive. In other words, keep your “eye on the iron” that you take into your body. Don’t overdo it!