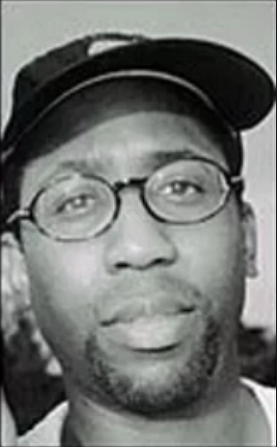 Two things occurred recently to remind me of the author and editor Joe Wood: first there is all the fresh discussion around the life and times of Malcolm X, mainly generated by the documentary being aired on Netflix; the other was an extensive article on climate change in last week’s New York Times by Somini Sengupta.

The two of them, no longer a couple, had been attending a Unity ’99 Conference in Seattle when Joe set out on a birdwatching trek that July in 1999 and was never heard from again. Apparently he had succumbed to unexpected weather and terrain, or fell into a ravine. It was reported that the 34-year-old writer had a heart condition in which he was considering acquiring a pacemaker.

Whatever the circumstances that deprived us of Joe’s promising literary career—he was working as an editor at The New Press—he left a legacy of significant journalism and several books.

There are snippets of Joe’s life and early years coming of age in the Bronx, particularly his conflicted and often turbulent days as a student at Riverdale High School. “I remember not wanting friends from school visiting my side of the Bronx,” Joe wrote. He remarked on the race and class differences between where he lived and where he went to school. “In school, I had white friends and learned to like their music and talk like them. Back at home my friends accused me of slowly turning white, and then we had a big fight, and then we lost our friendship.”

Lee Smith of the Washington Examiner provides a poignant bridge when he wrote: “Joe was a kid from the Bronx who wound up going to a private school in the borough, Riverdale, before he went on to Yale. I think he was so accustomed to being the only African American in any given room that he was keen to get that fact out of the way. He did not make it easy. He always opened a conversation with a stranger about race. He had edited a collection of essays on Malcolm X. He was writing a book about the slave-owning family that owned his family. Did you see the latest Spike Lee movie? What do you think about Public Enemy’s last album? Joe had a very acute sense of power, and if he felt his interlocutor flinch, he’d tear him to ribbons. But I can’t count the number of times at a party I turned around again after a few minutes and saw Joe and his new best friend bright in the light of Joe’s warm laugh. But the deeper truth is that he wasn’t interested just in race or writing about race—he was a movie fanatic at a time when memorizing classic European films entailed hours, days, and weeks in dark theaters across New York. Race, though, was his way into the human experience—it was his experience, and thus part of his way of explaining himself, to others and to himself.”

This image of Joe reflects a bit of the few conversations I had with him, and we had so much in common politically, intellectually, so much so that we had promised to collaborate on a project about Black thinkers and the at that time tense ideological situation. To some extent Joe had already dipped deeply into the current of these ideas, some of which was manifested in his articles and essays in various publications. Some of this territory was even forged in his books, particularly in “Ugly Water” and “Funnymen: Life and Times on the Greatest Show on Earth.” I recall another writer and his impression of Joe. Adam Shatz said that Joe had “a voice as deep as a double bass, and he spoke as he wrote: low, slowly, softly. He forced you to listen attentively to each of his words, pausing gravely as if to prepare you for the next one.

“When I first met Joe,” Shatz added, “I thought this was an affectation. Before long, however, I realized it was a style, the outward mark of sensibility, artful but true. And with this style, Joe had a look, one that gave him away instantly.” He had big, bookish glasses, Shatz continued, “The Malcolm X cap, worn with urbane nonchalance. The knapsack filled to capacity with literature. The bemused, vaguely world-weary expression that sometimes broke into a wide, astonished smile.”

That smile could morph into a loud laugh or make a sudden turn to deep inquiry, pushing the encounter to a new level of discussion about something serious that he was seeking answers to, or probing how you felt about something that was troubling him.

The final words belong to Faith Childs, Joe’s literary agent. She was part of a coterie of friends and loved ones who missed the intrepid Joe, the Eagle Scout, and was seeking to find him and to bring closure. They even hired a NYPD detective to retrace Joe’s last stops. “We wanted someone who knows the wicked ways of the world,” she said. And of the search, “I can’t say uncle yet. I just can’t.”