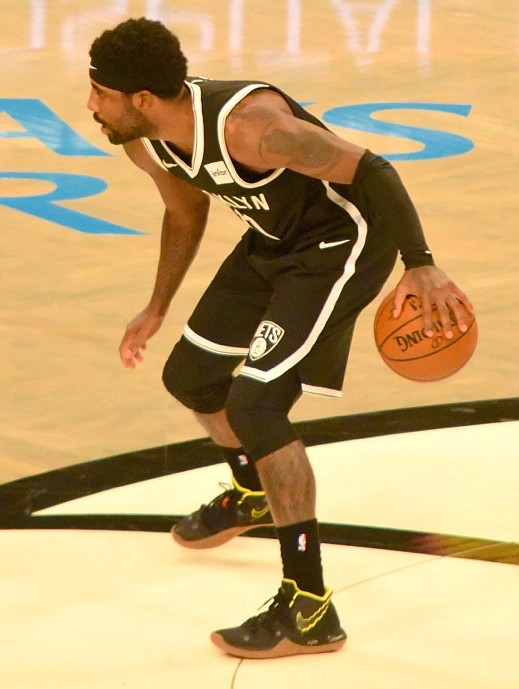 NBA games resume tonight. The week long All-Star break is over. Another All-Star weekend has concluded, this one, the most impressive in some years.

Joe Harris and Spencer Dinwiddie repped New York and their Brooklyn Nets team participating in the 3-Point Challenge and the Skills Challenge. Harris, the 2019 3-point champ, and Dinwiddie, the skills champ in 2018, didn’t fare as well this season. Buddy Hield of the Sacramento Kings won the 3-point contest. Bam Adebayo from the Miami Heat took the Skills Challenge title.

Harris and Dinwiddie return to the Nets’ lineup tonight (Thursday, Feb. 20) against the Philadelphia 76ers and then the Charlotte Hornets on Saturday, Feb. 22. Two road games before hosting Monday’s home game against the Orlando Magic. Brooklyn takes to the road to end the month and begin March.

It had been anticipated that Kyrie Irving would return to Brooklyn’s lineup tonight, but it’s been reported and confirmed on Tuesday that there’s been a setback to his recuperating shoulder.

The All-Star break had given Irving more time to recover from a medial ligament sprain to his right knee. He had missed 26 games before that because of the injury to his shoulder.

Before Irving returned in January, he didn’t rule out having shoulder surgery either during the season or during the summer after having a cortisone shot on Christmas Eve. His doctors would diagnose him about two months later.

“I thought that the next step in the progression was to get the cortisone and see how it responds and then move on from that point,” said Irving, addressing the media at the beginning of the year.

“We’ll see in two months or so if it still lasts, or in a month or so, or it could start hurting in the next two weeks, I don’t know, but I’m going to continue on the process that I am of rehabbing and trying to get back out there with the guys.”

It’s nearing two months and the Nets are again without Irving. There’s been a setback. At 25 and 28, a seventh seed, three games under .500 with healthy Milwaukee Bucks, Toronto Raptors, Boston Celtics and Miami Heat teams helming at the top of the Eastern Conference, recuperation for next season should be the only diagnosis for Irving. Let’s get him healthy.