Adrienne Whaley: Creating is a way of life 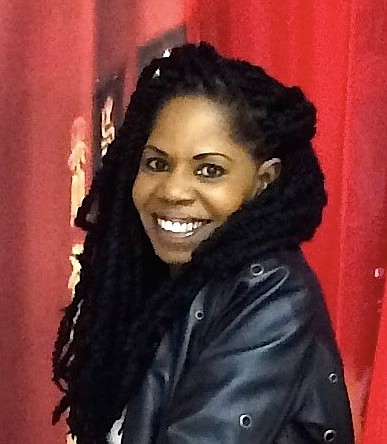 Adrienne Whaley inhales creativity and exhales initiative. As a creative, Whaley knows that there is no one form of expression. Art has the right to live and breathe in many forms and she is exemplifying this through the first ever International Black History Month Film Festival happening on February 22.

After having moved to Jamaica, Queens at the age of five, Adrienne Whaley grew up with the arts in her family. Whaley’s father was a black and white illustrator; one uncle was a tailor and the other a sculptor. At fourteen, Whaley was writing poetry and designing clothes. All of the influences around her shaped her into the woman she is and impacted the projects she has created.

It was routine for Whaley’s father to take her and her siblings to the movies every week. From a weekly tradition, a love for movies blossomed. “My personal favorite was ‘The River Niger,’ that movie stuck with me,” said Whaley.

Twenty-eight years ago Whaley owned a video store, working as a hot spot for all new movies. “It was like Blockbuster, any new movie that came out during the time we had,” explained Whaley. The video store had to close due to finances and competition but Whaley did not stop there. She ended up opening an art studio. The art studio hosted one-night events of jazz, sip-and-paint, poetry and more. Performances were held at the Nassau Coliseum. No matter what, Whaley maintained her drive to accomplish whatever she desired close to her heart. “My father said if you want something, you better learn how to make it,” said Whaley.

Whaley believes in the importance of Black stories being told. There is a lasting power that comes from Black narratives, especially in mediums like the arts. “We are creative beings. When you look at all of the innovations and inventions, it is Black. A lot of our history was not put into textbooks. The same three pages: Martin Luther King Jr., Harriet Tubman and Rosa Parks, but there are so many more great leaders,” said Whaley. Introducing the Black youth to not only Black leaders but to the arts allows for an open mind and opportunity awareness. With her work as executive director at Queens Center of the Arts Incorporated (Queens Underground 718) and the International Black History Month Film Festival, Whaley is doing just that. “We are well known for basketball and hip hop but if you don’t know other jobs exist, you don’t know to look for it. We want to expose our youth to these opportunities,” Whaley said.

With everything that Whaley has accomplished it can feel safe to say she does it all. Whaley doesn’t fall into the grips of comfort whenever she reaches a moment of success. She currently expresses herself creatively through painting on silk, making soaps, and gardening.

Creating a first-of-its-kind in Queens, the first International Black History Film Festival, Whaley is opening the gates for creatives from around the world. The film festival venue seats 400 and the event will run for six hours. Not only will films be showcased but also music videos, web series, music, poetry, and dancers will be present. “I’m looking forward to the outcome. Everyone is coming together for a vivid event,” explained Whaley. Describing herself as a “serial entrepreneur,” Whaley is a dreamer and acknowledges the toll it takes on her loved ones. Beyond looking forward to the outcome of the film festival, Whaley is most excited to give her 86-year-old mother flowers.